A blaze broke out at a derelict building in the Sunday's Well area of Cork city in the early hours of this morning.

In a post on Twitter, the fire service said that crews worked hard to extinguish the blaze overnight. They were working to dampen down the last hotspots this morning. 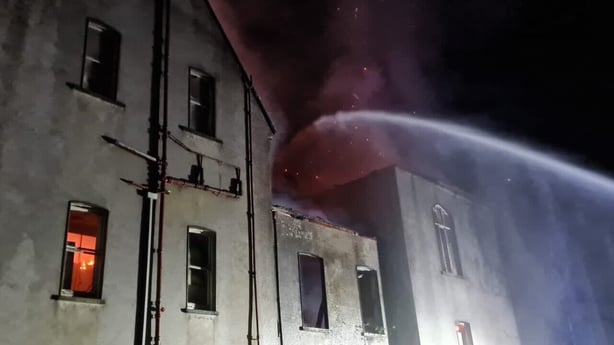 The convent, once an orphanage and a Magdalene laundry, has been derelict for a number of years.

The building was well alight on arrival and was dealt with using the fire service’s aerial platform and ground jets.

"The platform allowed us to get high enough to get water directly into the fire through the roof," said the Fire Brigade.

Gardaí said that no injuries have been reported.