A 190-year-old poem has led to the discovery of a lost pathway near the home of Daniel O'Connell in Co Kerry.

The pathway, known as 'The Meadow Walk’ has been uncovered in dense woodlands to the north of the Liberator’s house in Derrynane.

The two-kilometre pathway which winds its way through the woods and along a mountain stream has revealed a number of interesting features such as paving stones, the foundations of a number of foot-bridges and the remnants of what is believed to have been an old mill.

Its existence was unknown as it was severely overgrown and is situated in an inaccessible part of the woodland.

Paddy Bushe, a poet who lives in the locality, discovered the path when he happened upon a poem composed by Ellen Fitzsimon, the daughter of Daniel O’Connell. 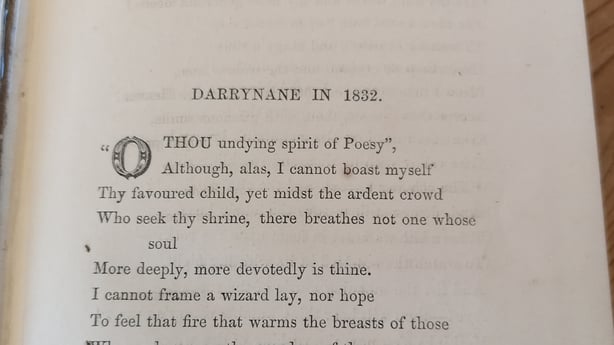 In the poem, entitled ‘Darrynane in 1832,’ Ellen refers to the ‘Meadow Walk’ and describes some of the sights she encounters as she makes her way along it.

Initial enquiries failed to identify the location of the path as there was no local memory of such a walking route in the Derrynane area.

However, by matching some of the descriptions in the poem with features in the physical landscape Paddy managed to locate what appeared to be traces of an old walking route.

Further inspection in the company of James O’Shea, the head gardener at Derrynane House, uncovered sections of paving, stepping stones and the foundations of bridges.

19th century Ordnance Survey maps confirmed the existence of portions of the pathway as well as a number of bridges, referred to in the maps as ‘Foot Sticks’. 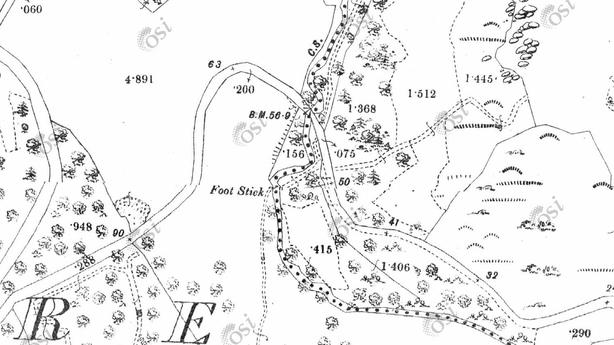 "The path was very much overgrown. It was very difficult to make out. We visited dozens of times before we were sure of the route of it." said Paddy Bushe.

"When the path was built there was a lot of open farmland on one side of the stream which has now been overgrown and is part of a very valuable woodland."

"It’s a source of great satisfaction to have found it. When you clear away the bracken and all the dense overgrowth on it and it begins to reveal itself, corresponding with Ellen’s description from 1832, it’s extremely rewarding." he added

Chris O’Neill of the Office of Public Works has described the discovery as "a wonderful addition" to Derrynane National Park and efforts are currently underway to clear the walkway with a view to making it accessible to the public.

"It is a beautiful walk in its own right but the fact that a poem exists, composed by the daughter of Daniel O’Connell, adds greatly to the overall story of the path. Our plan is to restore the walk in a sensitive manner, maintaining its wild and natural character. There is also the possibility of linking in with the Kerry Way walking route which passes nearby."

In recent weeks a team of OPW workers, including Dónal Curran and Paul Galvin, have been engaged in the arduous task of cutting their way through the dense overgrowth and clearing the path.

"It’s amazing the way the path has been revealing itself. One minute you think you’ve lost it and then you spot stepping stones or a hollowed channel and you’re back on track. It’s exciting when you slash away the briars and branches and tear away the moss and you begin to see the path rise out of the ground again." said Mr Galvin. 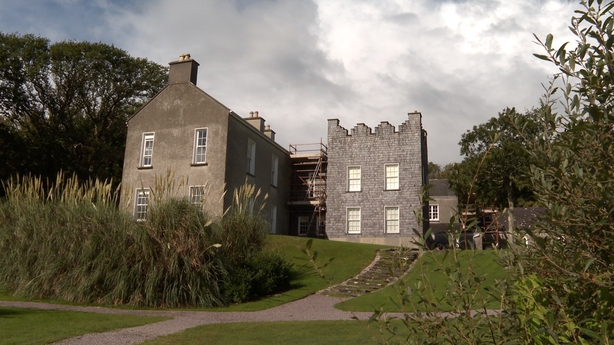 Ellen O'Connell was born in 1805 and she was Daniel O’Connell’s eldest daughter. The Liberator affectionately referred to her as Nellie, a name she shared with O’Connell’s aunt, the poet Eibhlín Dubh Ní Chonaill who composed ‘Caoineadh Airt Uí Laoghire.’

Ellen married Christopher Fitzsimons in 1825, who was elected MP for County Dublin in 1833.

The 200-line poem in which she describes the ‘Meadow Walk’ is a celebration of Derrynane’s natural beauty but it also has strong political elements according to Paddy Bushe.

"It was initially published during an important election year for Daniel O’Connell. The poem is a hymn of praise to her father as a family man, a grandfather and as what she calls the ‘conqueror of Wellington.’ It was published while the important election was going on so its publication was a very strong political act. It says ‘here is the liberator at home'."

"In this case what was a propaganda poem during an election also provides an exact topographical description of Derrynane. When I see the path and when I see it being shown again, appearing again through all the growth, I can imagine Ellen walking there almost two centuries ago." added Mr Bushe.