Historic graves have been uncovered at a cemetery in Co Cork after sheep were "hired" to make over the cemetery by eating the overgrowth around headstones.

Last summer Fianna Fáil Councillor Audrey Buckley brought goats into St Matthew's graveyard in Crosshaven after seeing the potential for "goatscaping" when she was on a trip to Wales.

Using goats and sheep in this way is perfect for old graveyards which have delicate headstones.

Sheep, which are being used this summer, recently uncovered the grave marker of a two-year-old girl who died on 7 October 1872.

Maria Kate Russel aged "Two years, five months and 15 days" was survived by her father Crp George Russel, Royal Engineers, Camden Fort Meagher, who was present when she passed, according to the inscription.

Cllr Buckley said that they have managed to contact the grand nephew of the little girl.

"He had been trying to find information on her and had planned to come over from the UK last year but had to cancel due to Covid. He is thrilled and plans to visit as soon as he can. He is so thankful to all involved." 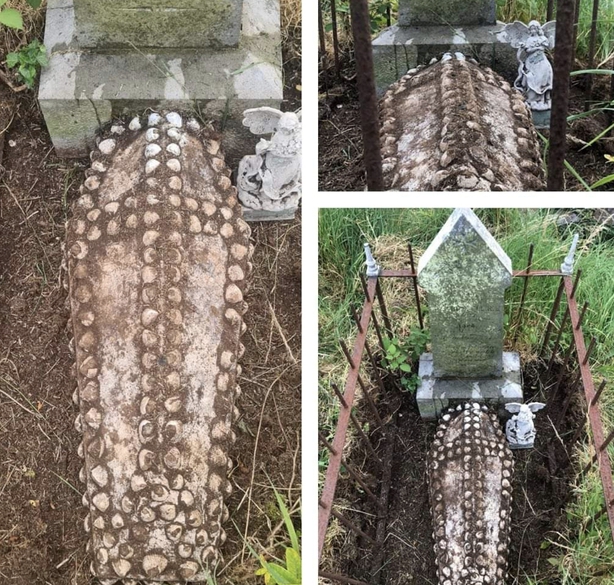 The maintenance work is being run by volunteers involved in the Templebreedy Save our Steeple campaign in Crosshaven.

Templebreedy Church dates back to 1788 and a conservation project has been ongoing for some time.

Cllr Buckley said that when the sheep eat large amounts of vegetation volunteers uncover headstones "that haven't been seen forever".

"A lot of them are boulders, because when people couldn't afford headstones a boulder was put in as a marker."

The sheep also recently uncovered a grave which volunteers believe holds the bodies of a family of four.

"The sheep ate around it and we cleaned it off. Cork County Council Heritage department had not seen anything like them before." 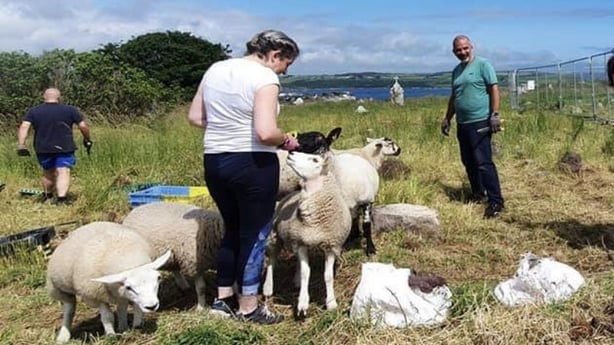 There is a core group of 12 volunteers involved in the project. Ms Buckley said that everyone rolls up their sleeves and gets stuck in.

"On Sheep Move night every week we grab wives, siblings etc. We even grab walkers that are passing if we are stuck for help.

"It is such a hard task to remove the scrub after the sheep. It actually feels so nice to clear a grave that time has forgotten and we talk about these people, who they were.

"We can tell who had money and the ones who unfortunately could not afford headstones. We have uncovered so many marker stones. These finds keep us going," added Cllr Buckley.