The careful construction of an ancient hide-covered boat - only to be destroyed to create art - is all part of a film entitled 'Crann’.

The evocative new work, which is inspired by a poem, will have its world premiere as part of the upcoming IMRAM Literary Festival.

The film, directed by Laura Hilliard, features a dramatic ceremonial scene where a one-man Boyne currach is set ablaze in the shadow of Sceilg Mhichíl.

The film is inspired by the poem ‘Tree’ written by English poet Richard Berengarten.

The work has been translated into Irish for the film by poet Gabriel Rosenstock and the words have been set to music by composer Nick Roth.

In what is described as a "dendro-chronographic film," the work explores a tree in all its aspects, including mythology, history and religion. 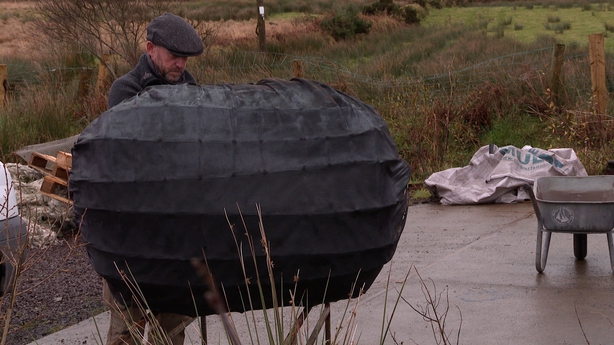 Mr Roth says the essence of the film and the music is the celebration and ‘bringing out' of the poem.

"I spent six months writing the music. Berengarten’s poem is actually a response to 'Fast Speaking Woman', another poem by Anne Waldman, but this is in the context of a tree rather than a woman.

"So it’s very kaleidoscopic, with many different aspects. And the music does that as well, it’s constantly changing, with both traditional and contemporary elements, along with sounds like wolf-howling and insect noises." he added.

The burning boat featured in the film is a traditional Boyne currach made by Kerry-based boatbuilder Holger Lonze.

"The Boyne Currach is a very simple yet beautiful boat. It's Ireland’s only river currach, the rest are all sea currachs. It’s a simple construction of hazel, cow-hide and twine.

The materials are organic and the currach’s hazel structure is built from the ground up. She is the ideal craft for this kind of project," Mr Lonze said. 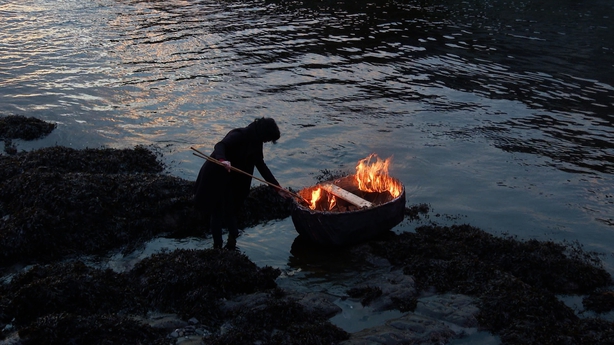 The boat was set on fire against the dramatic backdrop of the 6th century monastic outpost of Sceilg Mhichíl.

Olesya Zdorovetska, one of the vocalists featured in the film, said it was a very moving experience.

"These powerful landscapes and these things that we are creating are very rooted in Ireland’s soul.

"There’s something in this piece of art that is very connected to this place, with all the forces of nature and all the mythologies evoking images," she said.

To coincide with the celebration of the winter solstice, the world premiere of ‘Crann’ will be screened online next Monday, 21 December, at 8pm.