A member of An Garda Síochána has completed a fundraising mission to climb to the top of Carrauntoohil carrying a 26kg rowing machine, to raise funds for a children's charity.

Ken McDonald - a Garda instructor in Templemore who has been moved back to frontline policing in Birr for the pandemic - was raising money for the Share A Dream Foundation for sick children in Limerick.

Garda McDonald carried a 26kg rowing machine up the mountain in aid of the foundation, and then rowed 10km at the summit. He will now carry the machine back down. 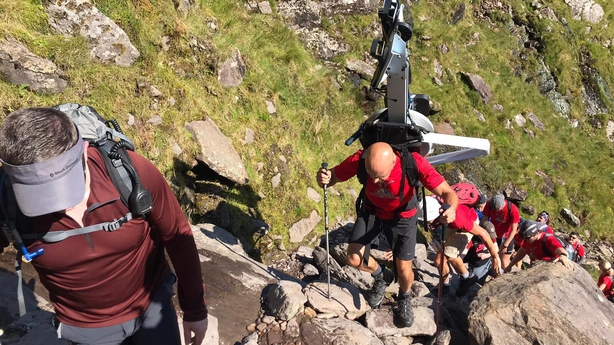 Over the past year he has been helping to build a new Garda station at the foundation, where children could role play and act out the job of a garda in a safe environment.

He did it! Garda Ken McDonald @Kenrow1mc1 hauled a 26kg rowing machine on his back up #Carrauntoohil and rowed 10000m at the summit, before hauling it back down again for @shareadream. You can support him here: https://t.co/q0Wo8gUnzZ. Operation #CarryUpCarrauntoohil @rtenews pic.twitter.com/2WF5vC2h9b

He presented medals and certificates to children who have battled illness for years.

The premises has suffered two separate break-ins and was burgled in recent times before the opening of the garda station.

Tens of thousands of euro worth of damage was caused to the facility. 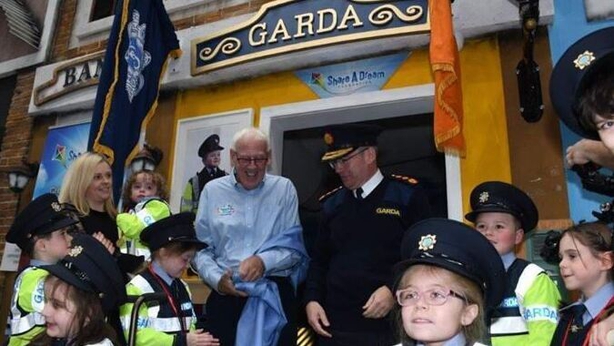 Following this, Garda McDonald took the step to raise funds, and so embarked on today’s endeavour.

He is a former international rower with 11 Irish senior national championships to his name, as well as five world championship gold medals, two world records and four national records in rowing.