Animal welfare campaigners have staged a protest in An Daingean (Dingle) to protest against calls by fishermen for a cull of grey seals.

The protesters say a cull on the grey seal colony around Na Blascaodaí (The Blasket Islands) would be "unnecessary and barbaric."

The inshore fishermen claim an "out of control" seal population is putting livelihoods at risk and are calling for a "seal management plan" to be put in place immediately.

Organised by the newly-formed Party for Animal Welfare, the anti-cull protest was held at the entrance of Dingle Pier.

Dingle fishermen mounted a counter-protest close by, erecting placards on their boats highlighting the difficulties they are experiencing. 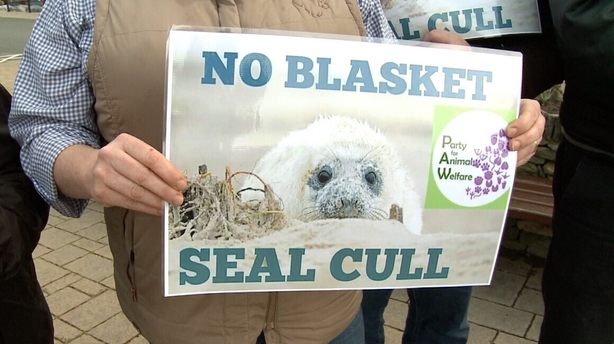 Protest organiser Ted Cronin said the fishermen have no right to interfere with nature.

"A cull is not the answer. It's barbaric and unnecessary. The fishermen need to look elsewhere if they are encountering difficulties with stocks.

"There are super-trawlers off our coast hoovering up tonnes of fish every day. That's the real issue for the smaller fishermen."

Another anti-cull protester, Nicole Matthews, said that the fishermen were the problem, not the seals: "I'm disgusted that they think culling seals is a way to deal with the difficulties in the fishing industry.

"The only thing the seals eat is fish. They eat only what they need and yet man's appetite is voracious and we're just stripping the oceans."

The grey seal is a protected species under the Wildlife Acts and the island is a special area of conservation.

The most recent population estimate for the Blasket grey seal colony refers to the years 2009-2012, where it pointed to a population of up to 1,400 seals.

Fishermen claim the population has increased "by at least 300%" and are calling on the Department of Culture, Heritage and the Gaeltacht to publish the results of a seal survey carried out in 2018. 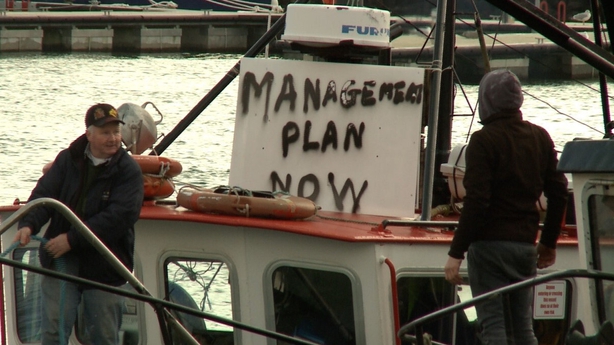 Fisherman Eddie Moore said the seal population is now "out of control" and that fishermen are at breaking point.

"We accept seals eat fish. But where the problem lies is that seals have adapted their behaviour and are targeting nets rather than trying to catch their own.

"Our nets are being eaten alive and the damage they are causing is devastating for fishermen.

"You have a lot of families involved in these boats.They are completely reliant on this type of small-scale fishing. Young fishermen are deeply frustrated. Nobody's looking to take the law into their own hands. We want to get this done at a national level, through the proper channels."

In a statement the National Inshore Fishermen's Association called on the Government to actively engage with the seal issue.

"These protests, demonstrate a failure on the state in terms of dealing with the issue of seal/fishery interactions.

"In particular inshore fishing communities have been failed on this issue, repeated calls by fishers (borne mostly out of frustration) for seal culls, for approximately two decades now, demonstrate that. In that time the state and the various elected representatives responsible, have failed on this issue," it stated.

The Department of Culture, Heritage and the Gaeltacht said there are no plans to undertake a general cull of seals.

A spokesperson said analysis of seal population data collected in recent years will be released in the coming months.

The department said officials from the National Parks and Wildlife Service will engage with fishermen in an attempt to explore possible solutions to the issue.