Ireland's only island distillery has produced its first run of gin.

The newly-established gin distillery on Cléire, or Cape Clear, is a community-driven initiative which is aimed at generating employment on the remote west Cork island.

The small distillery has been built near the seashore at a cost of €200,000.

Funding for the project was provided by a number of local investors, the island's co-operative organisation and Údarás na Gaeltachta.

The distillery has produced its first run of gin, called 3 Sq Miles - a reference to the size of the island. 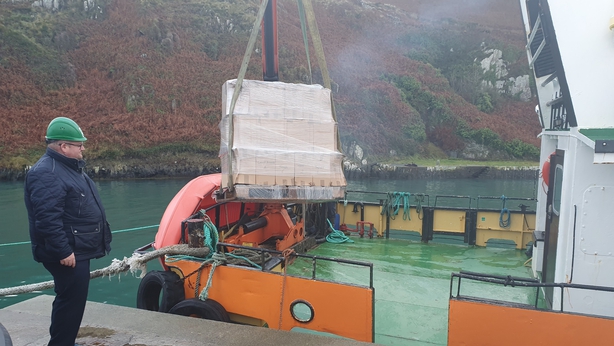 The distillery employs five islanders on a part-time basis.

The 200-litre still is currently producing 500 bottles of gin a week.

Séamus Ó Drisceoil, one of those leading the project, says there are plans to expand the operation in the near future and eventually establish a whiskey distillery.

"We are doing two distillations a week, but then there is an awful lot of work involved in bottling, labelling, boxing and so forth. So it’s relatively small output but we feel it’s a great start."

The Gaeltacht island of Cléire has a population of 130 people and lies eight miles off the west Cork coast.

The building of the small distillery at Tráigh Dhún Chléire on the eastern end of the island involved a huge community effort.

"It has been extremely challenging to bring this to fruition. Creating something like this is always more difficult on an island. We begged, borrowed and stole from all over the island. If something wasn't nailed down it was likely to end up in the distillery. It's been a very difficult process, but very rewarding to finally have a gin in a bottle," said Mr Ó Drisceoil.

The islanders have created their own distinctive blend of gin, adding locally-sourced botanicals such as fuschia and honeysuckle. 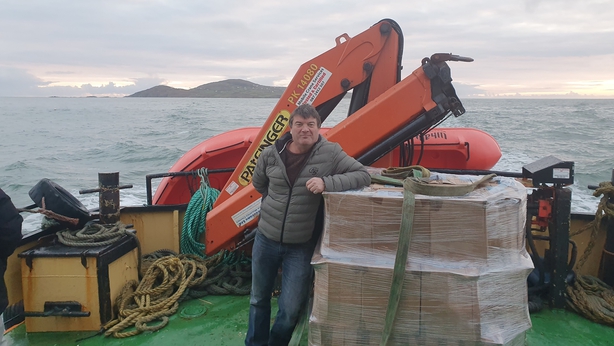 Uniquely, they have also added laminaria digitata, which is a form of kelp found growing on the island seashore.

"It took us quite a long time to come up with this recipe. We had a lot of help from botanists and people involved in foraging and we feel we have found a gin true to the spirit of Oileán Chléire, to the wildlife and the wonderful seascape we have here," said Séamus Ó Drisceoil.

Máirtín Ó Méalóid, manager of Comharchumann Chléire, the island's co-operative organisation, says the establishment of small scale enterprise such as the distillery is essential if islands are to survive.

"Obviously, we're not going to have the big multinational companies coming to the offshore islands of Ireland, so the development of these natural resource-based industries, where we are using botanicals growing naturally on the island, along with kelp which has been traditionally hand-harvested on the shore of the island, those sort of home-grown industries are vital for the survival of the islands," said Mr Ó Méalóid.

1,000 bottles of gin have been produced and, for the last week, the islanders have been busy transporting the produce to the mainland by boat.

The island gin will be officially launched at a special event in Cork city tonight.