Housing and homeless agency Novas, which works with vulnerable individuals and families in Limerick and the mid-west, has said it helped over 4,500 people last year.

In its annual report released today, it warns of the worrying trend that those becoming homeless are getting younger.

Novas works with homeless people, and those at risk of becoming homeless, in Limerick, Kerry and Tipperary.

The escalation of the homelessness crisis, coupled with more people than ever seeking support for addiction, has resulted in an unprecedented year for the service. 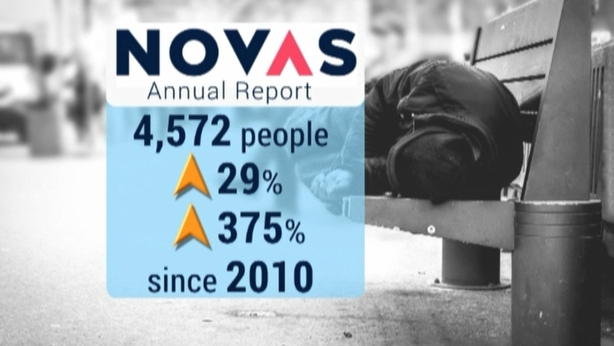 The agency opened a second emergency shelter in Limerick city centre to prevent rough sleeping, and it now offers 30 beds each night.

They have been full every night of the year, according to Novas.

The report also warns that the age of those becoming homeless is getting younger.

Those aged between 18 and 21 almost doubled to 9%, while over 65% of those accessing accommodation services were aged under 40.

'I entered a hostel hopeless … but I left it with, I think, more hope than I've ever had' pic.twitter.com/uHJpBnfstX