The biggest campus library in the country and one of the most digitally advanced in the world has opened at the University of Limerick.

The €31m Glucksman Library has been named after the Glucksman family, the philanthropic family of Lew and Loretta Glucksman, long time supporters of the university and who have funded the new library.

The university researched best library practice across the world in designing the new library space.

It is double the size of its original library and includes an ARC - the Automated Reserve Collection facility, a 10m high vault to store over 500,000 books operated by a robotic crane for easy retrieval.

It allows students to retrieve a book from thousands of drawers at the touch of a button.

It is one of the few facilities of its type in the world with others in libraries in the US, Australia, and Tokyo.

It also cuts down on storage space allowing for more student study areas. 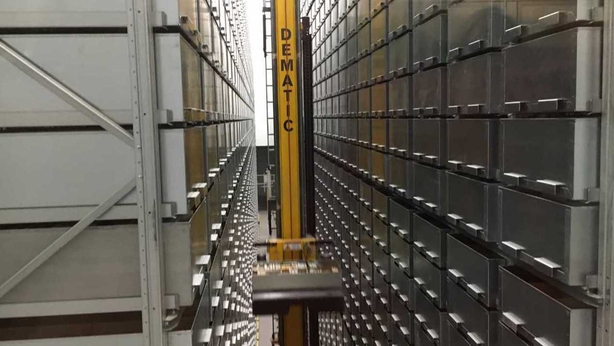 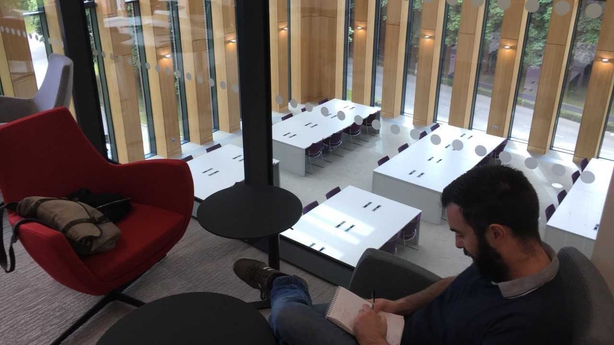 It also provides space for UL's historic collections, numbering over 100,000 and currently located off campus, to return to the university to provide easier access to its rare books and manuscripts, an increasingly important part of student research.

In addition it houses an extensive law library, and an appellate court, as well as a medical and health sciences library for medical students, which is one of the busiest parts of the library.

The library also provides light filled study and reading space for over 2,200 students, as well as funky lounge collaborative space for students and scholars to meet and discuss their research.

Students were also instrumental in choosing the furniture. The University held a 'chair fair'  in which the most modern library chairs and desks from across the world were tested and selected by students  for their comfort and the  enclosed  silence they offered.

The extra 7,600sqm of space also brings the student space ratio down from one space for 13 students to one in six in line with other universities.

Attending today’s opening, Loretta Brennan Glukesman said it was a dream come true for her to see this magnificent library come to fruition, after it first being discussed between her and her husband Lew and university personnel over 30 years ago.

She said there is simply no substitute for an extensive collection of accumulated knowledge in books, essays, periodicals and other academic resources, and the university now had this wonderful library at its heart.

Chancellor of the University former TD and tánaiste Mary Harney said it was an exceptional development for UL as it nears its 30th anniversary.

She said she hoped it now ranked as one of the greatest libraries of the world.