Minister for Agriculture Michael Creed has been accused of being unprepared and in denial over the fodder shortages facing farmers.

Fianna Fáil's agriculture spokesman Charlie McConalogue told Mr Creed that the current shortage was the second time in five years that a fodder crisis had occurred and the minister was "unprepared" and "in denial that there was a problem coming down the tracks."

However, Mr Creed defended the handling of fodder supplies at the Oireachtas Agriculture Committee.

Farmers around the country are struggling to provide fodder for livestock which have been housed longer than expected due to adverse weather conditions.

Fodder has been imported from the UK in recent days in an attempt to alleviate the crisis, with the Irish Farmers' Association calling for the Government to do more to help out farmers.

Mr Creed said Ireland was living with "the visible impact of climate change". He also rejected the suggestion that fodder should have been imported earlier.

He also said the Fodder Import Support measure, with an allocation of €1.5 million came into effect on 5 April will run until the end of this month.

"The measure, which is being operated through the co-operative structure and other approved importers, will give livestock farmers access to fodder from abroad without having to pay the full cost of transport.

This allocation will support the importation of about 20,000 tonnes of fodder. The measure will be kept under review until the current crisis is over."

"In the last decade from 2006 to 2016 the average rainfall was about double what was estimated for the previous 300 years," he said.

Sinn Féin's agriculture spokesman Martin Kenny warned of an animal welfare implications due to the very poor quality of fodder.

Mr Kenny called for farm inspections to be waived and he also said GLAS payments needed to go out to farmers immediately.

Mr Creed said while he knew there was a lot riding on inspections in terms of payments to farmers, he said he found most officials understanding.

He also said there was help for farmers through Teagasc and the co-ops, adding that the co-ops had been doing sterling work.

The minister also said he has asked the European Commission for flexibility on crop diversifications rules which oblige farmers with more than 30 hectares of arable land to sow at least three crops.

He confirmed that the European Commission has indicated that it will allow a concession in relation to those rules in light of the severe weather that has disrupted the arable planting season.

Irish Farmers’ Association President Joe Healy has welcomed the flexibility from the EC, calling it a pragmatic move that will give growers the required flexibility to establish the maximum amount of arable crops weather permitting.

He said that this is one of the latest springs in living memory.

Monthly rainfall totals for March for much of the east and southeast of the country were unusually high, with Dunsany in Co Meath recording 251% of the Long-Term Average.

The early days of April have proved little better with rainfall levels in two Cork weather stations at over 300% of normal over the last seven days.

Mr Creed told the committee it is an absolute priority to make sure that in future years we conserve enough fodder to deal with whatever winters may come at us.

He said that he is asking Teagasc to make this a matter of priority throughout its advisory campaign in the months ahead.

The minister also said that this is no time to thwart the ambitions for agricultural expansion set out in Foodwise 2025.

He said that the targets in the Foodwise strategy are not Government targets but rather reflect the collective ambition of the entire agri-food industry.

In relation to concerns about farm cash flow Mr Creed said he has invited the CEOs of the main banks to meet him to discuss the matter.

He said that he will emphasise to the banks that they should recognise the nature of the current situation and will ask them for flexibility including extended overdraft facility arrangements for farmers. 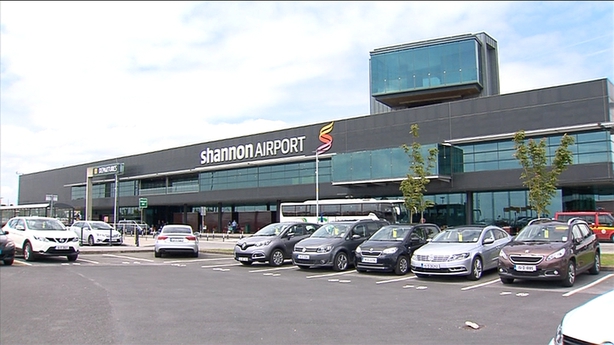 Meanwhile management at Shannon Airport has offered to cut silage along the airport's apron and runways to help farmers struggling with the fodder crisis.

Airport officials are due to meet with farmers' representatives in the coming days to discuss the offer.

In April 2013 farmers received 1,600 bales of silage from the airport.

Silage was also cut at Dublin Airport at the time.