University Hospital Limerick has said 36 people were brought to the hospital after a school bus was involved in a road crash in Co Limerick.

The crash involving the bus and a car happened outside the village of Caherconlish shortly before 8.30am at Connolly's Cross near Ballyneety.

The hospital said that four people have been admitted for further treatment and the rest have been discharged.

None of the injuries are believed to be life-threatening. Operations at the hospital have returned to normal this evening.

It is understood that pupils from John the Baptist Community School in the village of Hospital were on their way to school when the crash happened. 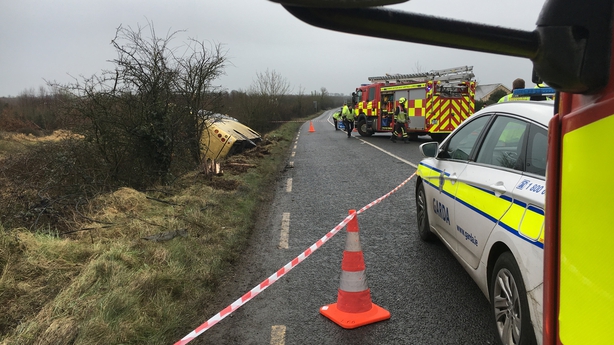 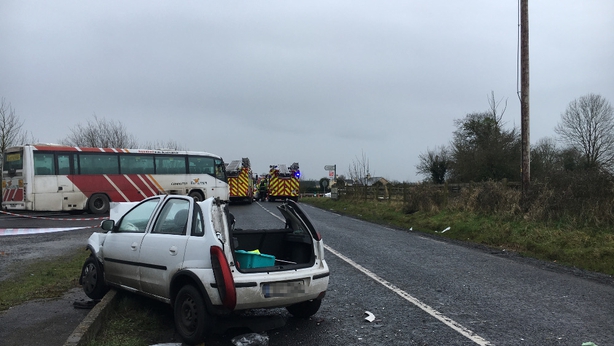 University Hospital Limerick said that children and their families were offered counselling while in hospital and follow-up psychiatric support is being arranged through their school.

Speaking on RTÉ's News at One, Principal Noreen Rafferty paid tribute to the emergency services, saying both they and a number of teachers were at the scene very quickly.

Ms Rafferty said parents and students can avail of psychology services at the school over the coming days.

She said the school is open, but the students involved will not be expected to attend tomorrow.

In a statement, Bus Éireann said the bus involved was a "sub-contracted vehicle on one of the company’s school transport services".

The company said the 57-seater bus had approximately 46 students on board at the time of the crash.

Bus Éireann said it is assisting the relevant authorities with their investigations into the incident. 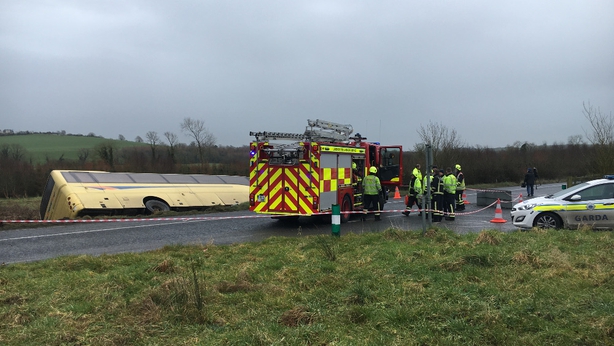