A doctor told an inquest into the death of a 20-year-old student in Cork that he never encountered a case like it during his 15 years of clinical practice.

The inquest into the death of Denisse Kyle Dasco has returned an open verdict after it was told that the cause of her death remains unknown.

Assistant State Pathologist Dr Margot Bolster told the Coroner's Court that the sudden death in hospital of Ms Dasco, from Raheen in Limerick, was very complex and unusual, and multiple experts were consulted before drawing up her final report.

The third year forensic science student was admitted to the Mercy University Hospital by ambulance just before 10am on 21 April 2017 complaining of back pain.

She told medical staff that she had bent down to pick something up at work the night before and hurt her back, so much so that it had awoken her during the night.

Dr Eoin Moriarty, a Senior House Doctor, said that in light of pain on her left side, with no obvious sign of trauma, it seemed likely it was a mild injury.

However, when the pain did not abate he recommended a test for Deep Vein Thrombosis be carried out, which returned in the negative and it was decided to admit her for further tests. 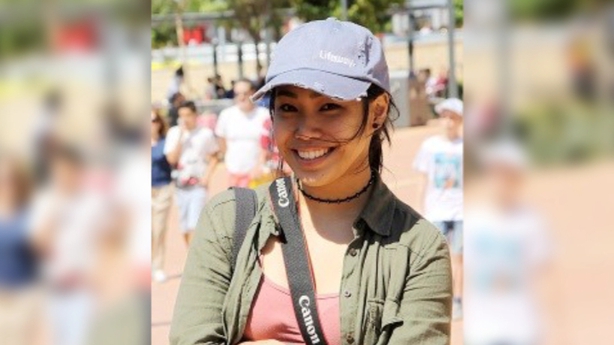 However, just after 9pm that night her condition deteriorated rapidly.

She complained of pins and needles and was short of breath. She started coughing up blood and suffered a cardiac arrest.

Despite the efforts of the medical staff, she was pronounced dead at 10.40pm.

Dr Adrian Murphy, of the Mercy University Hospital, said that in his 15 years of clinical practice he had never encountered a case like this.

He said that he had reviewed all of the notes and could not think of anything he would have done differently - had he been involved in the case - that would have changed the outcome.

He said it was devastating and tragic beyond words for the family.

Dr Bolster said that multiple experts were consulted in an effort to find the cause of death.

No clots were found and while an unusual feature was the relatively rapid decomposition of the body given the short period between death and the post-mortem examination, which might have been suggestive of Toxic Shock Syndrome (TSS), there was no sign of this.

Her findings, and those of experts here and in the UK who carried out tests on various body parts, were confirmed by Professor Sebastian Lucas, Consultant Histopathologist at Guy's, King's and St Thomas' Hospital in London.

His view was that if a clot was ruled out, the only other conclusion is TSS but there was no clinical evidence for this.

Coroner Philip Comyn returned an open verdict given that the cause of death remains unascertained. He said that this was a particularly tragic death given the very rapid decline and sudden death of Ms Dasco.

He said the medical team endeavoured to do their best for their patient – no one wants a death on their watch - but there are tragic events, and this is one of them.

He knew that the family were upset that they could not get information from the hospital in the days following the sudden death of their daughter.

He said this was not to cause them any distress but once the coronial process had begun this was to ensure that they did not get any inaccurate information which would cause further distress.