Regeneron Pharmaceuticals, which develops drugs and medicines for illnesses such as cancer and heart disease, is adding 300 people to its workforce in Limerick.

The jobs will bring employment at the company to more than 800 by next year.

The jobs are part of a €100 million expansion, which will make it one of the largest biotechnology and pharma firms of its kind in Ireland.

The company opened at the former Dell plant in Limerick two years ago, and currently employs more than 570 people.

Regeneron vice president Dan Van Plew says talent pool in Limerick has made it a vital part of global operations, as it announces 300 jobs pic.twitter.com/rJOFlPdfyo 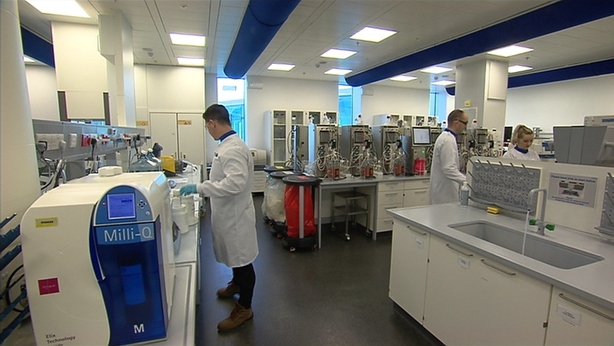 Company Vice President Dan Van Plew said the talent pool they found in Limerick has made it a vital part of Regeneron's global operations.

He said he knows the Limerick plant is a place where they can build and thrive as a biotech, and the community, the universities and the people of the region were a large part of their reason for the site selection.

Michael Lohan, IDA's head of life sciences, said the location of a large company like Regeneron also attracts other similar firms, and a cluster of such companies develops in a region.

He said the availability of suitably qualified talent from universities and colleges was a key factor in this.