A lottery syndicate which won €500,000 on a EuroMillions Plus ticket bought on Bere Island in west Cork has collected the winning cheque at the National Lottery's headquarters in Dublin.

The syndicate members say they wish to keep their identities private. However, all are understood to be resident on the island, which has a population of 180 people.

Each syndicate member will receive a share of the €500,000 win, which has been described as "life changing and substantial".

The syndicate members travelled to Dublin yesterday, as reporters and a camera crew from some other media organisations travelled in the opposite direction to Bere Island in search of them.

Speaking this morning in Dublin, one member of the syndicate said they had timed their collection of the winning cheque "perfectly".

The member said: "We hear there's a television crew on the island looking for us this morning!"

While some media are camped on #BereIsland, the winning #EuroMillions syndicate just collected their cheque IN DUBLIN. #WestCorkIntrigue😂 pic.twitter.com/ljMLAUSyiA

The syndicate regard the publicity which the island has received as a double bonus.

Local Postmistress Mary Murphy, who sold the winning ticket, has been interviewed on radio in several countries about the win, including Scotland and Canada. 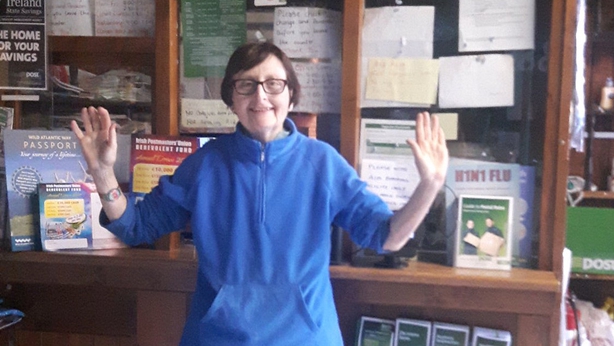 Speaking on RTÉ's Morning Ireland, Ms Murphy said she was the first post office on an island to sell a winning EuroMillions ticket.

She said she only started selling EuroMillions tickets last October and selling a winning ticket has been an amazing experience.

The syndicate members say they are planning a celebration for everyone on Bere Island "once the dust settles", and they acknowledged the support they have received from local people in keeping their identities secret.

They praised the community spirit on the island, and said they planned to make some very positive changes there in the coming months.

The syndicate members are understood to have been buying tickets for the EuroMillions draw together for several years, and they socialise together on the island.

They said they have had a crazy week, and described news of their win as "the worst-kept secret on the island".