Five people have been killed in two separate road collisions in Cork and Mayo.

Three generations of the same family, including a child, were killed in the traffic collision in Co Mayo.

They were travelling in a car that collided with a truck on the N17, south of Claremorris just this afternoon.

Gardaí said all three died instantly when their Citroen C3 collided with the truck.

The driver of the truck was not injured but is said to be traumatised by the incident.

The collision happened at a junction from Claremorris onto the main Galway to Sligo road.

The road was closed for a forensic examination by gardaí and was reopened tonight.

Earlier, two people were killed and four others injured in a road crash in Co Cork.

The crash, which involved three vehicles, occurred at around 11am on the main Cork to Limerick road close to Blarney at the junction for Waterloo.

A man and a woman, both in their 60s, were pronounced dead at the scene when the hire car they were passengers in was in collision with a truck.Both are believed to have been visitors from the US who were with their partners. 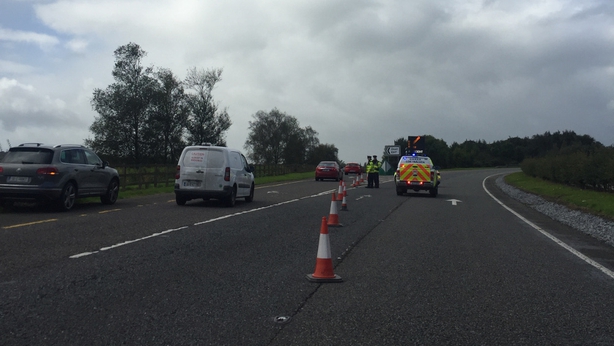 The man who was driving the car and another female passenger, also both aged in their 60s, sustained non-life threatening injuries and were taken to Cork University Hospital.

A second car - a Peugeot - which was waiting to exit onto the dual carriageway was struck in aftermath of the fatal collision.

Its driver, who is pregnant, and her passenger, as well as the truck driver were said to be uninjured but suffering from shock. 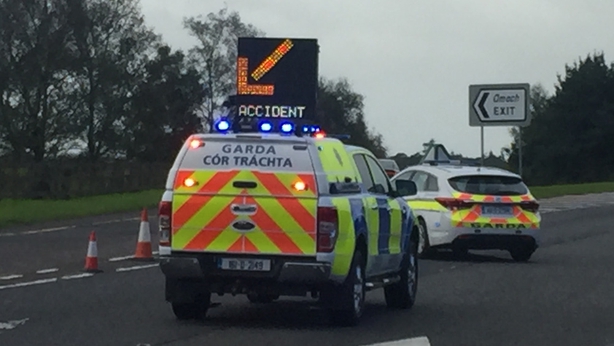 The N20 Cork-Limerick road was closed in both directions for most of the day to facilitate an examination by garda forensic road crash investigators, but was reopened this evening.

The Road Safety Authority said 109 people have lost their lives on the roads this year, which is a drop of 22 fatalities compared to the same date last year.

RSA spokesperson Brian Farrell said: "It's been a dreadful day for road safety in this country. If anything is to come from this loss of life, we would hope that it would serve as a reminder that using the roads is the most dangerous thing that we do each day.

"We would renew our call, to all road users to be vigilant when using the roads by slowing down, wearing seatbelts and not driving while tired or fatigued."