A number of fire units are fighting a large fire at an industrial premises in the Raheen Industrial estate in Limerick, the second major industrial fire in the city in the past 24 hours.

The fire broke out at around 11.40am at DGD services at Raheen, which provides corporate paper shredding services.

It is understood it started when a container at the plant exploded.

Fire units from Limerick, Rathkeale and Shannon are fighting the blaze which has completely destroyed the premises.

Two people were treated at the scene for smoke inhalation. 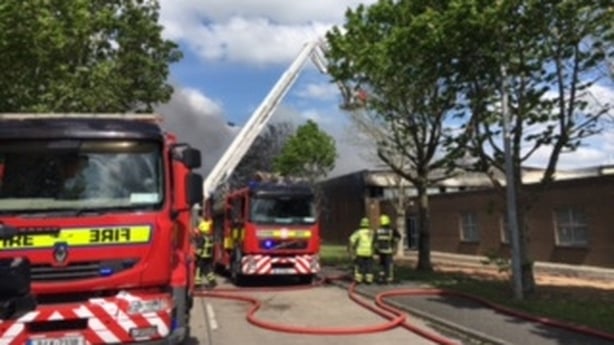 A major fire broke out at a scrap metal plant on the Ballysimon road on the eastern side of the city yesterday afternoon.

Fire fighters fought the blaze until the early hours of this morning before it was brought under control.