A statue honouring Olympic gold medalist Ronnie Delany has been unveiled in his hometown of Arklow in Co Wicklow.

President Michael D Higgins sent a special message for the occasion describing Mr Delany as a "true sporting legend and a wonderful ambassador for Ireland."

"His sporting achievements are legendary and he has served as an inspiration to successive Irish athletes who have gone on to win international success in Olympic and World championships," he stated. 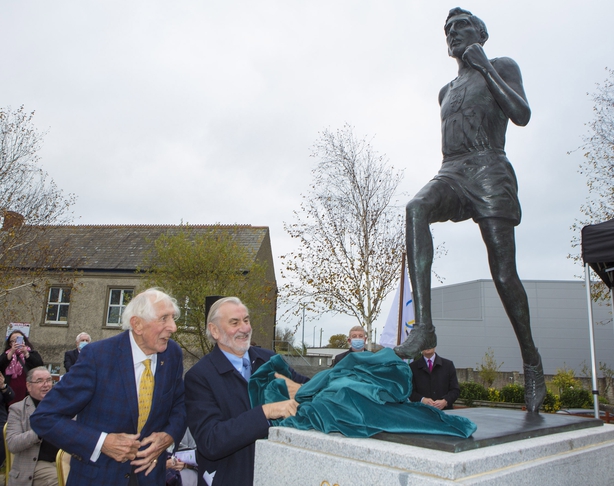 "At the raw young age of 21 years this gangly youthful figure confounded the greats of the athletic world by winning the Gold Medal in the 1500 metres Final at the Olympic Games in Melbourne in 1956.

"He achieved it in a then Olympic record time of 3.41.2, and he was then only the seventh man to beat the four-minute barrier in this prestige race," he added

Mr Delany said he was honoured and privileged to have the statue erected for him.