An investigation is under way after gardaí carried out a search of a suspected shebeen premises near Athy, Co Kildare.

The search was carried out under warrant yesterday evening after gardaí became aware through social media about the operation of the premises.

During the search, gardaí found what they said was a fully operational bar in a repurposed state. 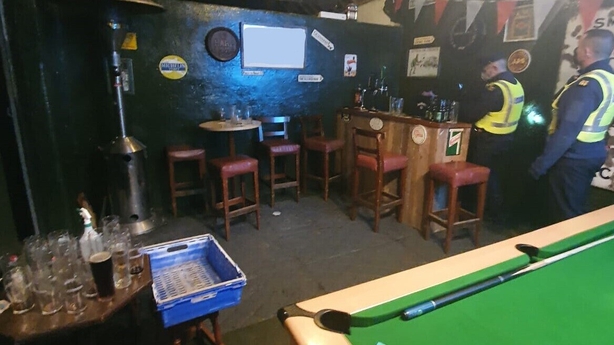 They said that the premises was fitted with a bar, stools, tables, chairs, a 70-inch flat-screen television and a pool table.

Gardaí also said that there were several beer taps on the bar, as well as an under-bar cooler and kegs. A smoking area, a store room and a toilet were also located on the premises.

During the garda search, five kegs of beer, a significant amount of spirits and bottled beers, as well as various bar equipment, were also seized.

An appeal for information has been issued and anyone with information is asked to contact their local garda station.

We continue to appeal to all citizens to comply with Public Health Guidelines & Regulations to save lives. #InThisTogether pic.twitter.com/3iTUKyu1i5