The gang who carried out a double ATM robbery in Kells, Co Meath, last night deployed spikes outside the town's garda station in a bid to slow down the response to the crime.

Investigations are under way on both sides of the border after four ATMs - including the two in Kells - were stolen overnight.

Gardaí have described the Meath operation as "well planned and sophisticated".

The two cash machines containing substantial sums of money were stolen in the early hours of this morning.

It took four minutes to rip the ATMs from the walls of both the Bank of Ireland and the AIB on John Street.

The alarm was raised at around 4am.

The two buildings, which are just metres apart, have been badly damaged.

Gardaí say that while homemade spikes were placed outside Kells Garda Station, it did not affect the response time.

The main suspects are a gang with paramilitary links based in south Armagh, some of whose members live in Co Meath.

Gardaí will gather CCTV footage and are appealing to anyone with information to contact them at Kells Garda Station on 046 9280820, the Garda Confidential Line on 1800 666 111 or any garda station.

Superintendent Dermot O'Connor of Kells Garda Station said gardaí received the call alerting them to the thefts at 4.20am and they responded immediately.

Those involved left the scene in two vehicles, leaving behind an excavator which was stolen in Co Meath and a JCB tractor and trailer, believed to have been stolen in Co Louth overnight.

The garda station is just over 500 metres away from John Street but gardaí said they arrived at the scene within minutes of receiving the call. 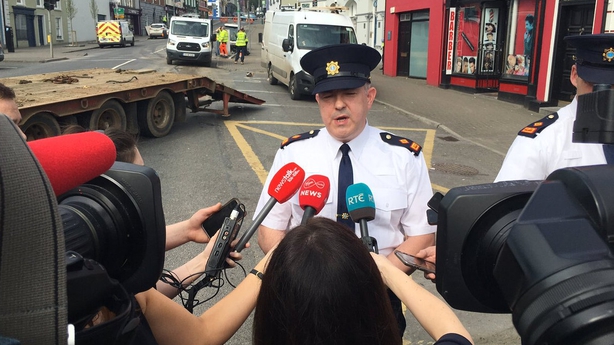 Supt O'Connor appealed for witnesses, particularly anyone who was in the Kells area between 3.30am and 4.30am.

Detectives also want to speak to anyone who was travelling on the N52 between Ardee and Kells and who noticed any heavy plant machinery on the move to come forward.

Gardaí also confirmed that homemade spikes were placed outside Kells Garda Station, however Supt O'Connor said this is not affect their response time.

Separately, two ATMs were stolen from a shop in Crumlin, Co Antrim overnight.

The PSNI said the cash machines were removed from the wall by a digger and placed on a pick-up truck.

The digger was then set alight before at least three men made off from the scene.

There was also a botched attempt to steal an ATM in Craigavon, Co Armagh.

The latest thefts bring to at least 15 the number of cash machines stolen on both sides of the border in recent months, five of those south of the border.

Minister for Justice Charlie Flanagan has been briefed by Garda Commissioner Drew Harris on the latest raids.

In a statement, Mr Flanagan said: I'm very concerned at the most recent ATM robberies and indeed have expressed that concern to the Garda Commissioner.

"He briefed me this morning and assured me that An Garda Síochána are following every lead in their pursuit of those involved.

"They continue to work closely with their PSNI colleagues to target crime gangs in both jurisdictions."

Fianna Fáil TD Thomas Byrne said the robberies will have a devastating affect on businesses in Kells, particularly over the Bank Holiday weekend.

He said more needs to be done to tackle ATM robberies.

"If there was a strategy in place to deal with this - and I'm not convinced there is - Kells would be one of the first on the list, because you're looking at old buildings in close proximity to each other in rural towns. They're sitting ducks for this type of crime, and they're getting more brazen about it." 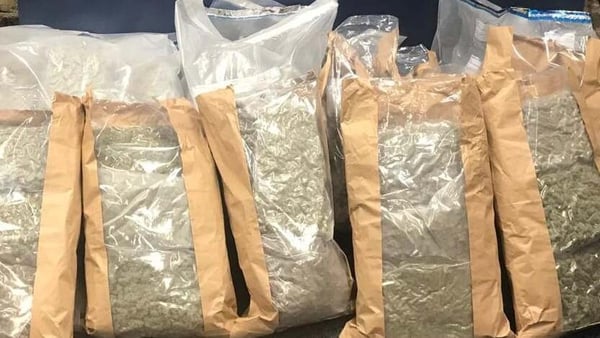 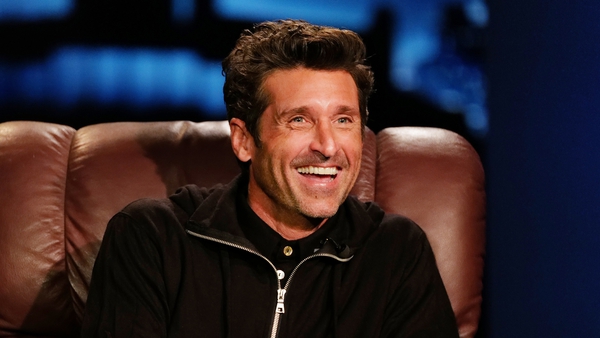