One of nature’s greatest winter spectacles has been thrilling birdwatchers in Co Meath.

Tens of thousands of starlings have been swooping and diving in unison above fields in Nobber over recent evenings.

The spectacular murmurations have been taking place at dusk before the birds roost for the night.

It is believed starlings perform their wheeling aerial stunts for several reasons.

Grouping together offers safety in numbers as predators, such as peregrine falcons, find it hard to target one bird in the middle of a hypnotising flock of thousands.

They also gather to keep warm at night and to exchange information, such as good feeding areas. 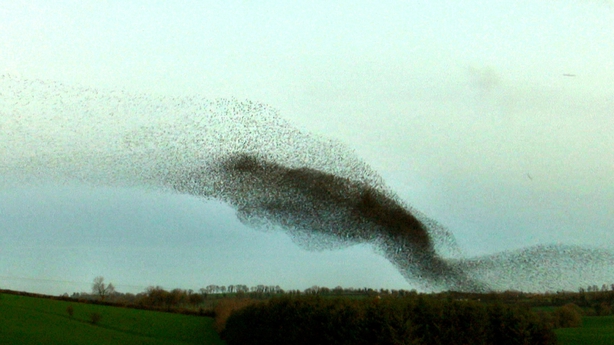 Mr Pykett was among a small group of people who watched last night's mesmerising display at a farm gate.

He was joined by Tony Darby, who said: "I’ve seen displays like that on TV, but never one as good as that. And to think we have it here in Co Meath!"