A man has been arrested following a €1 million drugs seizure in Co Offaly.

Cocaine, cannabis and amphetamine were found during yesterday's search at a house, sheds and lands in the Geashill area, along with a large quantity of 9mm ammunition, shotgun cartridges and a sawn-off shotgun.

Gardaí said that the raid was part of ongoing investigations into organised criminal activity in the midlands. 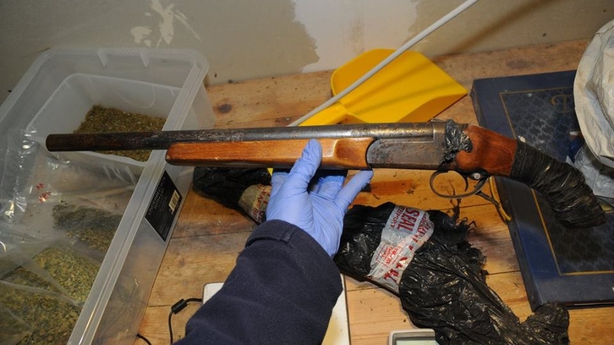 The arrested man is a 34-year-old foreign national.

He is being detained at Tullamore Garda Station.