A housing expert has said building inspections need to be "beefed up" following the latest redress scheme announced by the Government over defective apartments built during the Celtic Tiger era.

It is estimated that the "fully-funded" scheme, announced this week, to repair up to 100,000 apartments and duplexes with fire safety, structural safety and water ingress defects could run to €2.5 billion.

"It's great if you're the owner of a defective apartment, and everybody's heart goes out to those people because it's not their fault," senior lecturer at TU Dublin and housing policy analyst Dr Lorcan Sirr said, "but it is going to be funded by the taxpayer and it is not the first time that we have been here with these kinds of redress schemes."

The new housing defects scheme is expected to be administered by the Housing Agency.

It is envisaged that owners' management companies will be funded to carry out the works, which will cover entire buildings to improve the safety of all occupants.

The Department of Housing said a "whole building" approach would be taken, "ensuring common areas and shared spaces are also remediated where required to the relevant standard". 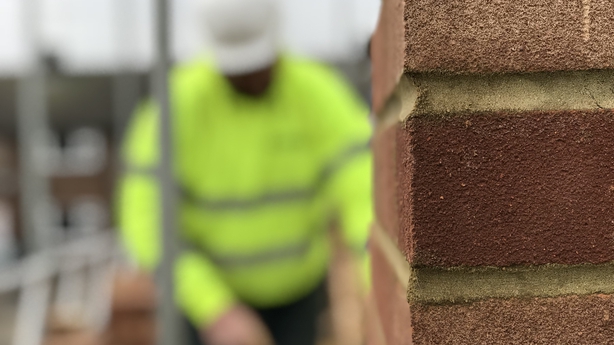 The department said to "ensure that important life-safety works are not paused", the Government had "decided that remediation works related to fire safety defects, entered into or commenced from today, will form part of the remediation scheme, subject to terms and conditions.

"Such works will need to be agreed with local authority fire services and the details of this process will be worked out as a priority and provided in due course."

The State paid for the €45 million reconstruction of Priory Hall in Dublin, which was evacuated in 2011 amid serious fire safety issues, and it did not fully recoup the cost of these works upon the sale of the finished apartments.

While the estimated cost of the Defective Concrete Blocks Grant Scheme is between €2.2 billion to €2.7 billion.

With the introduction of this latest redress scheme, this time for building defects in Celtic Tiger era developments (built between 1991 and 2013), Dr Sirr questions if we can be sure that we won't run into similar problems in the future.

"We did introduce new building control regulations in 2014, the question is can we be sure that they have been effective because I notice that the redress scheme stops before that (up to 2013) and this is particularly important given the Government's recent announcements that it might buy up tens of thousands of recently built or unbuilt apartments, we need to be really, really sure that these are going to be built to the highest of standards," Dr Sirr said.

Last week Taoiseach Leo Varadkar said that "advance purchasing" will be examined as Government wants to see the building of 70,000 apartments, which have already received planning permission in towns and cities.

"The regulations were certainly tightened post Celtic Tiger era, but there are still loop holes in a way, there are still ways that these things can happen again," Barrister and construction law expert Lydia Bunni said.

Updated regulations introduced in 2014 saw an end to "self-certification" which was replaced with "an Assigned Certifier" system.

An Assigned Certifier is a registered professional (Chartered Engineer, Chartered Building Surveyor or Registered Architect) who is responsible for carrying out inspections and certification.

"They are Assigned Certifiers... who are contracted to carry out this work on behalf of the employer (builder or contractor)," Ms Bunni said "so while it's not 'self-certification', in a way it is, because the architects and engineers are still being paid by the employer for whom they are being asked to give these certificates."

"I think it should probably be a little bit more independent," Ms Bunni said.

"Building Control (within local authorities) would be one of the bodies that might be in a position to carry out this independent oversight role," Ms Bunni said.

"I suppose where pitfalls lie (currently) is that Building Control really have a hands off role in this," Ms Bunni said, "their job at the moment is to look at the documentation that has been submitted for the purposes of certification and effectively tick the box and say that's it." 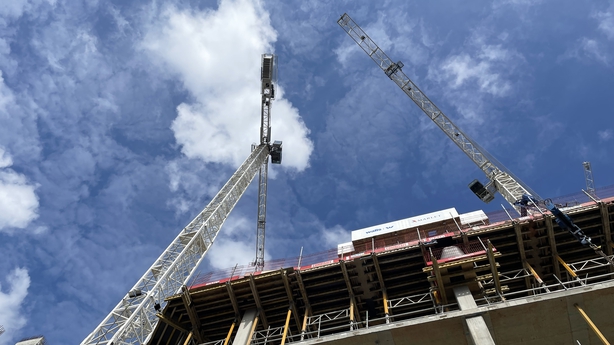 A spokesperson for the Construction Industry Federation (CIF) said: "All registered construction professionals... have an independent obligation to ensure that their certifications meet professional standards and statutory requirements."

"Compliance with current certification processes means that all new buildings are inspected at critical stages of the construction programme, certified, and ultimately registered by Building Control Authorities prior to occupation", the spokesperson said.

It also points out that the Building Control Amendment Regulations 2014 "also provide for inspection by Building Control Authority professional staff who can undertake as many inspections as they wish during the construction process," the spokesperson said.

"I think really what we need to do is we need to beef up inspections, particularly at a local authority level," Dr Sirr said, "not that long ago we had more dog wardens in the country than building inspectors."

"And we need to question the industry and say what is your role in this? Can they be relied on sufficiently to deliver quality in the future and indeed quality at scale?" Dr Sirr said.

The CIF statement said it was "incumbent on regulators and industry that we have an effective inspection and certification process for construction of all new buildings. This is now provided for under the Building Control Amendment Regulations 2014."