A new commemorative gold coin to mark 100 years since the establishment of the State has been unveiled by the Central Bank.

It will be limited to 750 pieces and it will be available for purchase from 30 November through www.collectorcoins.ie. 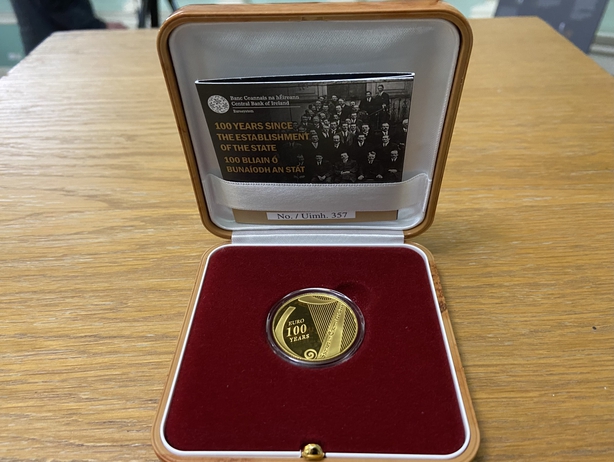 The coin was designed by Mary Gregoriy and it was launched by the Minister for Finance Paschal Donohoe and Governor of the Central Bank Gabriel Makhlouf at the National Library of Ireland today.

Speaking at the launch, Mr Makhlouf said he anticipates that there will be "quite a bit of demand" for the coin.

He said the piece is particularly significant and more than just a coin as it is "marking something very important for the State".

Gold coins were previously launched in 2016 and 2019 to mark the centenary of the Easter Rising and Dáil Éireann.