As schools begin to reopen around the country, thousands of families who use the School Transport Scheme are still waiting to hear if their children will have been allocated a ticket for the school bus.

It follows an unprecedented number of applications this year after the Government announced that school transport fees would be waived amidst the spiralling cost-of-living crisis. Minister for Education Norma Foley said it was a "significant investment" with families making a saving of €500.

However, many parents and local politicians say the School Transport Scheme is now in chaos as children who used the service for years are now being refused a ticket because they are no longer deemed eligible.

In East Galway, parents from Claregalway, Turloughmore, Monivea and Ballyglunin gathered in the village of Lackagh, to try to make sense of how a free-for-all school transport measure has become a highly contentious issue.

There were a record 130,000 applications this year, with almost a third from first-time applicants.

This figure includes 44,299 new applications as well as roll-overs from the previous school year.

Bus Eireann says that more than 112,000 tickets for the 2022/2023 school year have been issued, having earlier apologised for delays.

It says every effort is being made in offices across the country to source extra drivers and buses when they become available.

The online account management system, known as the Family Portal, reopened today after being closed since registrations shut on 29 July.

Where applications have been processed, the reopening of the portal will enable account holders to verify this.

The School Transport Scheme gives priority to eligible pupils, for example those attending the nearest school, and concessionary tickets are allocated to other students if there are seats available.

Many parents who have been paying for concessionary tickets for years have received emails informing them that they have not been successful in obtaining school transport this year.

Where the number of applications for school transport on a concessionary basis exceeds the number of seats available, Bus Éireann determines the allocation of tickets using a computerised random process.

The results are recorded and held in each local office.

Meanwhile, many parents who meet the criteria for eligibility say they are still in the dark regardless of their status.

Sinead Shanley, a mother-of-four living in Ballyglunin, said: "My two older children are going into second and fifth year, and we've been getting the school bus for years.

"We're eligible for the bus and our neighbours have received their tickets and we are still waiting. They go back to school next Wednesday and we are in limbo as to whether we are going to be allowed on the bus or not.

"I've been paying €650 for the past two years to have my children on the bus. I was willing to do it this year and then the Government announced it was free transport for all children and now the likes of me and my children and others that you have been speaking with are left in limbo with no tickets.

"I'm very stressed. Both my husband and I work. I'm a mum of four, and also have national school kids to drop off. With my job, my evenings are extremely busy. There is no way I can drop everything and head into Athenry to pick up my children at 4pm in the evening time. It's just not going to work." 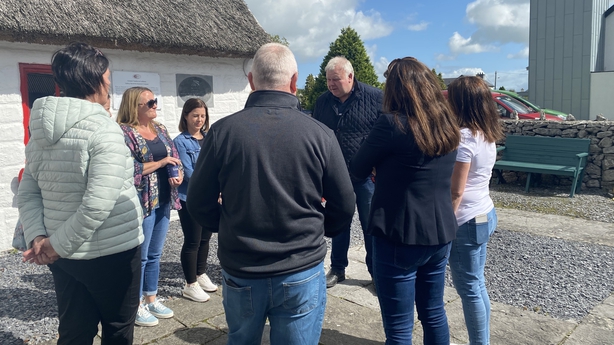 Yvonne Shaw lives in Ballyglunin and is an intensive care nurse in Galway.

She said: "I have two children, going into third and fifth year, and as of today we don't know whether we have a ticket. It's very stressful because I'm a nurse in intensive care in Galway city and we work shifts, so we start at 7.30am until 8pm so I wouldn't be able to pick or drop.

"My husband works and travels a lot. I honestly don't know what I'll do."

Independent TD for Roscommon-Galway Michael Fitzmaurice has said the School Transport Scheme was now in chaos.

"This isn't just happening in Galway. Parents all over the country are furious, especially those that are working and relying on the bus services to bring their youngsters to school. I think the Taoiseach and Minister for Education need to intervene in this. This big fanfare announcement was made during the summer, but free school transport means nothing now because the good has been taken out of it.

"What's needed now is to put in place enough extra buses over the coming days. I also think Bus Éireann needs to relax certain rules such as not letting drivers over 70 operate a school bus. This would free up drivers around the country to help in this situation," he said. 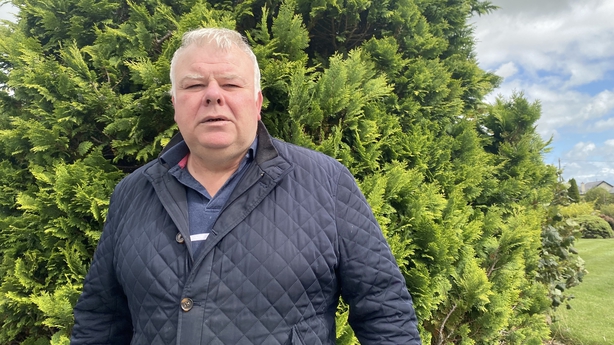 Fiona Grant has been paying for the concessionary service for years and is devastated to learn that her children have been refused a place on the bus this year.

"It's very frustrating and we're going to be looking at the bus pulling up and my kids can't get on it. We pay €350 a year per child, and we were delighted to hear that there was going to be free transport. This would have been a great financial relief for us.

"What's upsetting is they didn't prioritise the children that have been getting the bus for years, they should have done that first," she said.

Yvonne Farragher from Ballyglunin, who has five children, said she is at her wits end over the situation.

"I work in Galway city. I leave the house before 7am to avoid the traffic so it looks like I'll have to bring the girls to school in Athenry en route. I'm not sure the school will be open at 7am so what should I do? Just leave them there?

"It's the only bus that passes by our house to go to secondary school. I spent an hour and 20 minutes on hold to Bus Éireann the other day and when I eventually got through I was told my application was with Galway and it's 'kind of a lottery basis now' whether you get it or not. I was told I was right to be concerned because my bus was doubly subscribed.

"It's absolutely distressing what's going on. They're back to school in a few days and I honestly don't know how it's going to work out."

'No progress on overspill buses'

Anna Nestor Beirne lives in Turloughmore and has been using a private bus service to take her children to school in Athenry. That service has now ceased.

"There are other private bus operators who have told me they been approached by Bus Éireann to provide an 'overspill' based on the chaos that has occurred over the past couple of weeks. But nothing has progressed regarding tendering for those overspill buses.

"This is a classic example of the 'lottery' system that is causing this problem. The computer is randomly selecting the wrong people and not categorising the people that have always been on the bus.

"Meanwhile parents all over the country are ringing the only Dublin number available and joining queues for over an hour to see if they have been issued with tickets. I was first informed that my children had been 'scheduled' for tickets to be issued. I asked what that meant and was told not to panic. It meant the tickets were on their way.

"I had heard nothing by last Monday and as I have a child going into first year in Athenry this Friday, I decided to call again. I was on hold for an hour and 15 minutes before being told we were now 'unscheduled'. I asked what that meant and was told that although I'm eligible my tickets have been unscheduled, which means I don't have tickets for the bus."

In a statement, Bus Éireann said the unprecedented demand for tickets has led to regrettable delays but it is continuing to process applications and will issue tickets to those who qualify as soon as extra drivers and buses are sourced and become available.

The online account management system, known as the Family Portal, reopened today after being closed since registrations shut on 29 July.

Where applications have been processed, the reopening of the portal will enable account holders to check the status of their application. 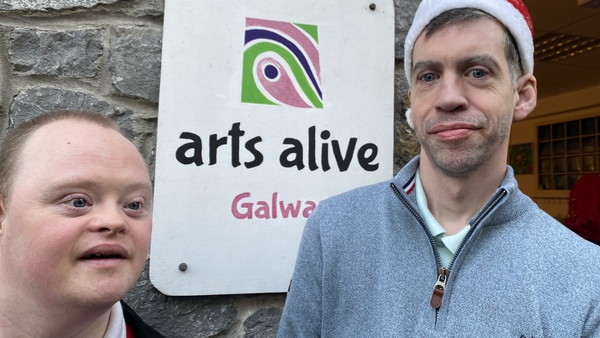 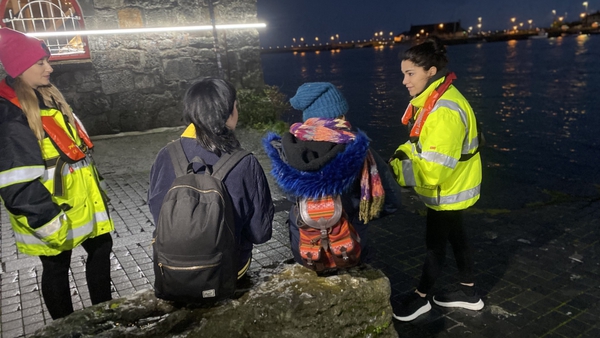