About 7km outside Tulla in east Co Clare stands an unusual old farmhouse.

At first glance it's just another abandoned farm dwelling. Look closer, however, and you'll see the roof is a little too good for a long-abandoned house.

Diagonally across a large adjoining field, hardly 200 metres away, is a more modern farm bungalow. This is the home of farmer Liam Walsh and his wife Dolly, who own the whole lot.

As far as they are concerned, however, that very old stone farmstead in the corner of their field is not abandoned at all.

Instead, it is home to well over 500 warm-blooded creatures and their offspring. Bats. And Liam and Dolly couldn’t be more pleased about that.

Back in 1998, the Vincent Wildlife Trust discovered 25 lesser horseshoe bats had started to use Walsh’s old stone farm building as a summer roost. 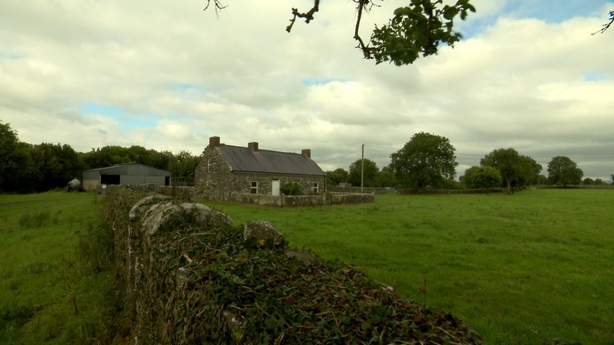 A window at the back of the building was broken. This had allowed the bats to fly straight in, just like swallows, and roost there.

It was an exciting find because lesser horseshoe bats are rare and special creatures.

Estimates suggest Ireland has no more than 13,000 of them. Those that are here are confined to small sites in six western counties where habitat destruction and roost deterioration are constant threats.

The Vincent Wildlife Trust, in conjunction with the National Parks and Wildlife Service, knew immediately that this plum-sized flying mammal, the only true flying mammal in Ireland, needed its protection.

Lesser horseshoe bats are the most photophobic of the nine bat species in Ireland. You won’t find them in lit up areas or in cities or towns.

The echolocation sounds they use for navigation only travel a few metres. It is like as if they cannot see things far away in good detail.

As a result, they stick close to linear markers when they fly – the likes of a stone wall, or a line of trees, or a hedgerow – to ensure they don’t lose their bearings or fall prey to predators. 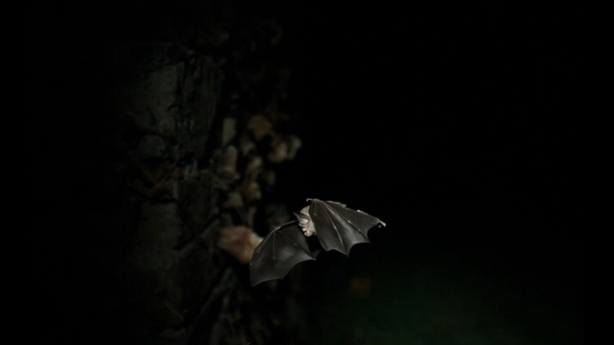 But these little bats are great flyers. They are extremely accurate and fast, specially adapted to speed in and out of cluttered spaces and through dense vegetation. They will gobble up in the region of 3,000 midges on a summer’s night.

When it discovered these special little animals in Walsh’s old farmhouse the Vincent Wildlife Trust came up with a proposal.

With the support of the National Parks and Wildlife Service, it would lease the old stone building from the family and turn it into a conservation site to give the cute little creatures a helping hand.

The Walshs were thrilled. They were proud to have such special bats living on their farm and flourishing.

"Live and let live for all creatures is how I see it." That is what Liam Walsh told me when I asked him about it.

The Vincent Wildlife Trust invested money in the building. It closed out drafts in the attic. It made the roof space darker, more secure and cosier.

It ensured there were enough trusses and spots in the ceilings for the bats to hang from. They are the only bats here that rest and sleep dangling by their toes from a ceiling while wrapping their wings around themselves to keep warm. 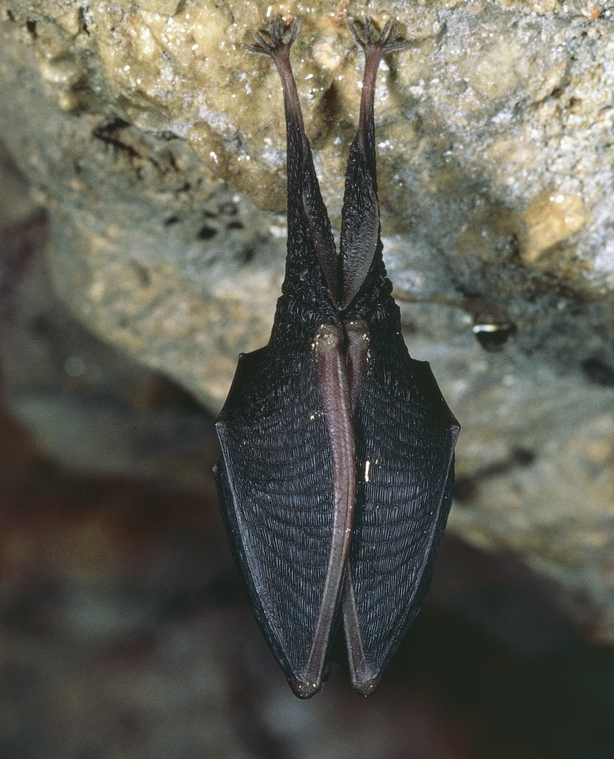 No wonder then that the roof of the old farmhouse looks too good for a long-abandoned building.

Around the back of the old farmhouse a windowpane has been removed leaving a clear opening for the bats to fly through. There is a protective rounded sheet of metal beneath the open part of the window to deter cats, pine martens and other predators from entering and causing havoc.

It has all worked out very well.

Species Protection Officer with Vincent Wildlife Trust Ruth Hanniffy makes regular visits to the site to monitor the population and keep the project ticking over.

She turns up with a so-called "bat-box" device that turns the very high-pitched, but inaudible, bat echolocation squeaks, into some pleasant, almost musical tones we can hear.

This gives her a good idea of the activity in the roost as darkness approaches and the little creatures start waking up.

Ruth also uses an infrared camera to record the bats flying out through the window in total darkness and then manually counts their comings and goings.

Using this method, she estimated there were 525 bats living in the farm building earlier this year.

Since then, the females have given birth to their young. Hence there is little doubt the population has grown even more. It is a more than 20-fold increase in population of the colony since the conservationists took charge.

Ruth said it would be far better to have many smaller roosts rather than just one very large roost. That’s because spreading the population out would ensure a greater degree of safety for the species in the event of predation or habitat loss.

Conservation Ranger for Northeast Clare at the National Parks and Wildlife Service Sinead Biggane said all bats are protected in Ireland under the Wildlife Act, but that lesser horseshoe bats are also protected under the EU Habitat Directive.

What makes it so special, she said, is its unusual roosting requirements.

These bats are not able to land and crawl through small openings so they must find structures to fly into directly to roost and hibernate. Such structures are not easy to find. They are also very loyal to their summer roosts, returning year after year just like swallows.

She is also concerned about the genetic diversity of the species in Ireland. Because they don’t fly very far from their roosts or safe areas, the main population groups don’t get to mix.

Studies have found that, even though they are only present in clusters in small areas in the western counties from south Mayo down to west Cork, Ireland has in fact got four distinct genetic populations of lesser horseshoe bats.

The bats prefer to feed in broadleaf woodlands. But these woodlands make up less than 2% of Ireland's tree cover.

Planting more native tree corridors and other suitable landscape and environmental improvements could make it easier for the different population groups to find one another.

Habitat improvements, such as that, are a key part of the Government’s new lesser horseshoe bat Species Action Plan just published.

The five-year action plan sets out a series of practical conservation measures to improve roosts, habitat, connectivity, and outreach in relation to this species.

Launching the plan, Minister for Heritage and Electoral Reform Malcolm Noonan noted that while the number of lesser horseshoe bats appears to be increasing, the quality of their habitats is clearly in decline.

He said he hopes that any farmer that is privileged enough to have some of these special bats on their farms will work with Vincent Wildlife Trust and the National Parks and Wildlife Service to improve their habitat and extend the range of these beautiful creatures.