Farmers have been protesting at four locations around the country as they seek better prices for pig meat.

The protests, organised by the Irish Farmers' Association's Pigs Committee, have been taking place in Cahir in Co Tipperary, Shillelagh in Co Wicklow, Athlone in Co Westmeath and Monaghan town.

IFA Pigs Committee Chairman Roy Gallie said farmers are at breaking point; they are losing €55 per pig sold and they must get improved prices in order for the sector to survive.

The Government has previously announced two aid packages for pig farmers to help them with the soaring costs of feed and energy. 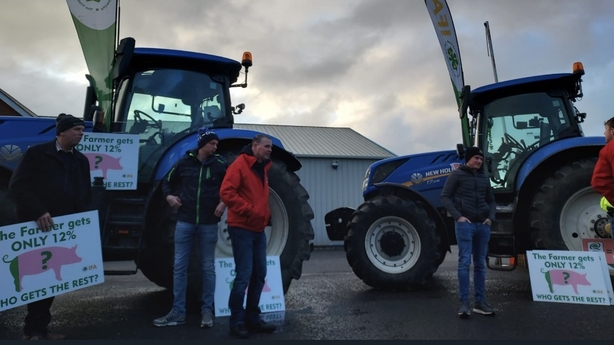 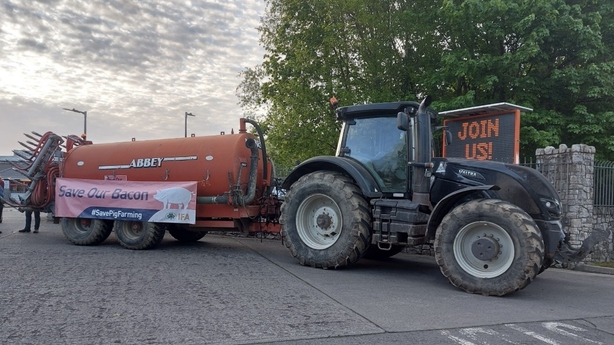