A former hotel worker acquitted of the murder of Michaela McAreavey has been charged in connection with the case in Mauritius.

Sandeep Mooneea had been taken in for questioning by officers investigating the case yesterday.

Today, police said he had been provisionally charged with "conspiracy" and was due to appear in court.

Ms McAreavey, 27, was strangled in her room at the Legends Hotel in Mauritius on 10 January 2011.

The teacher, who had married husband John ten days earlier, was attacked after she returned to her room alone and disturbed a burglary. 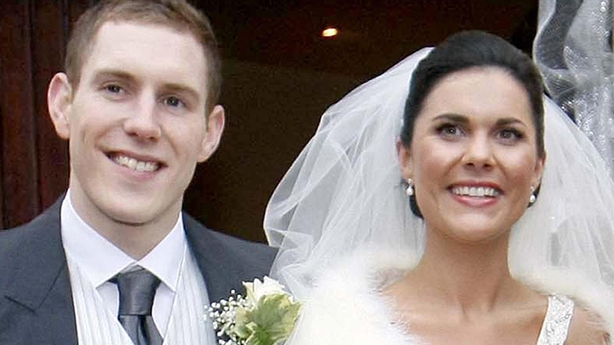 No-one has been convicted of murdering the daughter of Louth football manager Mickey Harte, who also led Tyrone to three All-Ireland titles.

A spokesman for the Mauritius Police Force said: "Mooneea has been arrested following his interrogation and will appear court today under a provisional charge of conspiracy."

Mr Narayanen, 37, from Royal Road, Plaine des Papayes on the Indian Ocean island, was remanded in custody in March charged with conspiring with another hotel employee to steal a magnetic key card to the room occupied by the McAreaveys to commit larceny.

Mr Mooneea and another man were found not guilty of rs McAreavey's murder after a high-profile trial on the holiday island in summer 2012. He has always denied wrongdoing.

Mr Mooneea and his co-accused in the trial, Avinash Treebhoowoon, worked as cleaners in the hotel at the time of the killing.

Mr Narayanen, who has denied wrongdoing, has been admitted to hospital several times during his detention and his lawyer has criticised the way he has been treated by police.

The letter, seen by the PA news agency, said: "I fervently call for your intervention in order to better protect the integrity of the criminal procedure in Mauritius, particularly the police procedures in the absence of the modern safeguards, which are available in more advanced countries such as Britain."

Mr Teeluckdharry outlined further concerns about the handling of the overall investigation. He said he would be sending a copy of the letter to Northern Ireland's Justice Minister, Naomi Long.