The new US Ambassador to Ireland has officially presented her credentials to President Michael D. Higgins at a ceremony at Áras an Uachtaráin this afternoon.

Claire Cronin was nominated for the role of ambassador by US President Joe Biden last June.

She had served as a Representative and as a Majority Leader in the state legislature of Massachusetts.

She was accompanied by her family, her husband Ray and daughters Kara and Kerry to the ceremony at the Áras.

Ambassador Cronin said she was "honoured to bring best wishes and greetings from President Biden" to President Higgins and that she looked forward to working together for the "good of both of our countries."

President Higgins welcomed her and her family to Ireland and wished her well. He added that he hoped the Irish community back in Massachusetts were "sharing this moment."

She was visibly moved, along with her family on the steps of the Áras when the band of the 2nd Brigade played the US national anthem. 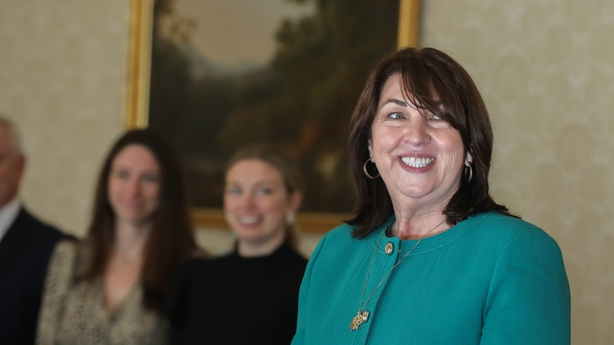 Later, she met with the Taoiseach Micheál Martin at Government Buildings, where the new Ambassador's family heritage was discussed. Ms Cronin's grandfather was from the Inishowen peninsula in Co Donegal.

Other ambassadors to present their Letters of Credence to the President today were the new Ambassadors from Sierra Leone, Dr Morie Komba Manyeh and El Salvador, Mrs Vanessa Eugenia Interiano Elfarnawany. 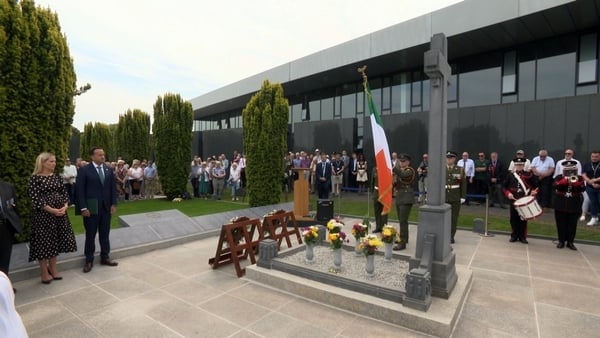