Two boys have been arrested following disorder in Belfast after a rally against the Northern Ireland Protocol.

Police came under attack with missiles and fireworks close to a peaceline yesterday evening.

The violence came on Lanark Way in the loyalist Shankill Road area, while there was also disorder on the nationalist Springfield Road side of the peace wall.

The boys, aged 12 and 15 years, were arrested on suspicion of riotous behaviour and have since been released on bail as police inquiries continue.

Police said officers were deployed in both areas from around 5pm. 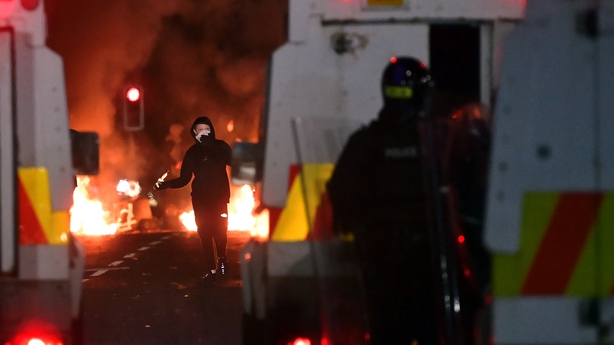 A PSNI spokesman said a small protest on Lanark Way obstructed the road for a period of time, rioting then broke out involving both sides of the community.

It continued for several hours with items being burnt on the roads as missiles were thrown at police officers and their vehicles.

He said it was "extremely fortunate" that there were no reports of injuries to members of the public and police officers.

"A number of police vehicles were damaged by masonry attacks. Calm was restored to the area by around 10.30pm," he said. 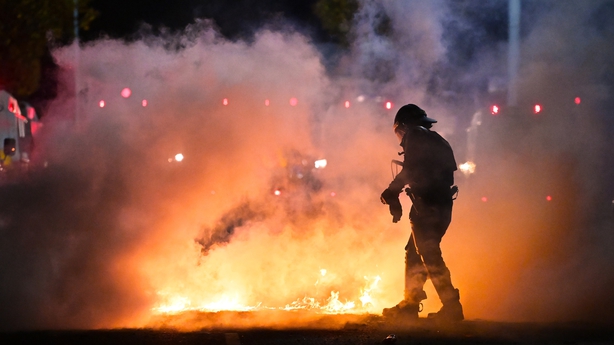 "The disgraceful scenes of disorder seen this evening put members of the public and the responding police officers in real danger and must be condemned by all," he said.

"The totally unacceptable behaviour by those intent on trouble caused significant inconvenience to the local community and only served to heighten community tensions across the area.

"I would like to thank local community representatives and youth workers for their influence and assistance in preventing further disorder.

"I would appeal for those involved in disorder to consider the choices they make in coming out onto the streets to attack police, property and their own communities."

He said: "There is absolutely no place in our society for this needless violence and local residents deserve to live in peace.

"Tonight's trouble is a direct consequence of the dangerous and irresponsible stunt organised by loyalists at the Lanark Way interface this evening." 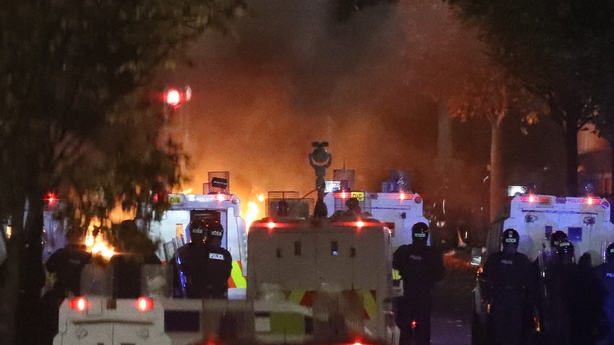 SDLP West Belfast representative Paul Doherty called for a permanent end to disorder at interface areas in the community.

"The scenes in west Belfast this evening have been highly regrettable. I went to the area to appeal to our young people not to engage in anti-social and dangerous behaviour that does nothing but cause misery to the long-suffering people of this community and put their own future at risk," he said.

Serious disorder erupted in the Lanark Way in April, which was partly attributed to loyalist anger at a trade border in the Irish Sea under the protocol's post-Brexit arrangements.

Earlier this week, a bus was burnt out in Newtownards in an attack politicians linked to loyalist opposition to the protocol.

The attack in the predominantly unionist area happened on the day set by the DUP earlier in the autumn to pull down the institutions at Stormont if major changes to the protocol had not been secured. 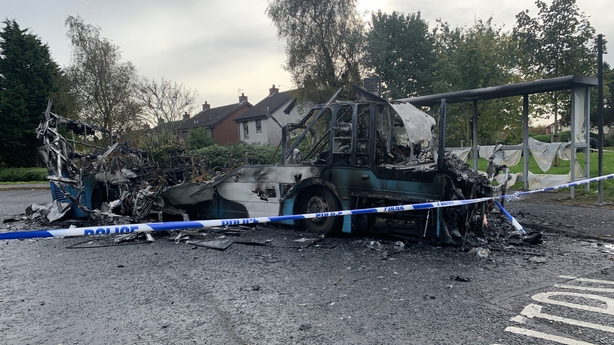 It was condemned by unionist leaders.

The DUP has not yet withdrawn ministers from the Executive, insisting progress is being made in efforts to dismantle the contentious Irish Sea border.

Opposition to the arrangements that have created trade barriers between Northern Ireland and the rest of the UK was a factor behind rioting that flared in several loyalist areas across the region in April.