German President Frank-Walter Steinmeier has arrived in Ireland for the start of a three-day state visit.

Mr Steinmeier, who is accompanied by his wife Elke Büdenbender, was greeted at Áras an Uachtaráin by President Michael D Higgins and his wife Sabina.

The two men held a meeting and discussed a range of issues, including the global Covid-19 pandemic, the COP26 climate change summit, the future of Europe, and the situation in Afghanistan, as well as protecting and promoting regional languages in the EU.

Later, President Steinmeier rang the Peace Bell and planted an Irish Oak tree in the grounds of Áras an Uachtaráin. 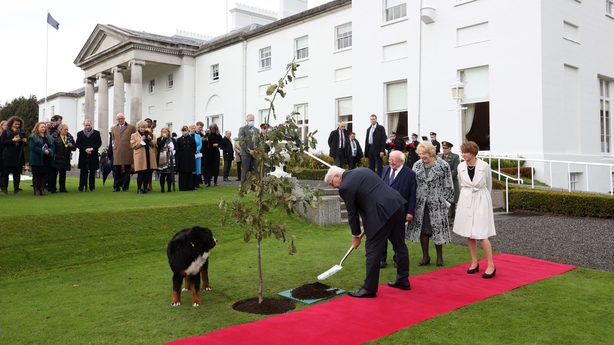 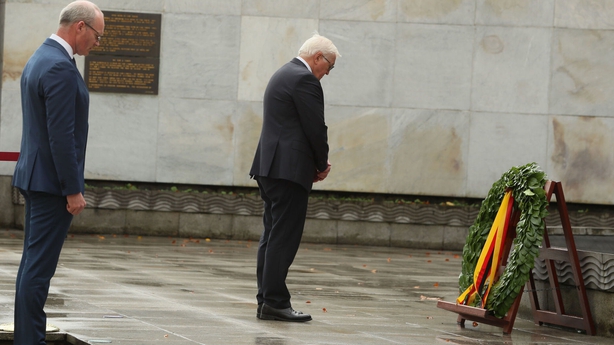 He also laid a wreath at the Garden of Remembrance and met Taoiseach Micheál Martin at Government Buildings.

A state dinner in his honour will be held at Áras an Uachtaráin this evening hosted by the President and Sabina Higgins.

The German presidential couple will also visit Dublin, Galway and Limerick during their trip.