Edwin Poots is facing political oblivion only a month after achieving his career ambition - to lead the party his late father Charlie helped found.

So what went so wrong so quickly for the DUP's shortest-serving leader?

Here are some of the reasons Mr Poots' tenure has ended in such ignominy:

The manner of Arlene Foster's removal

The ousting of Mrs Foster was certainly decisive but it was also strikingly brutal. The former DUP leader resigned within 24 hours of it being widely leaked to the media that a significant number of elected representatives had signed a letter of no confidence.

Former party leader Peter Robinson branded the manner of the heave, which was instigated by Mr Poots' supporters, as publicly humiliating, vindictive and needlessly nasty. 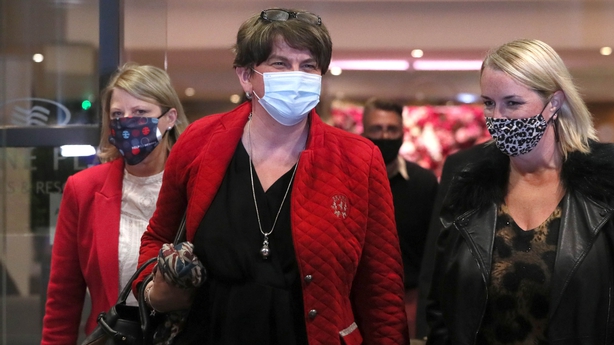 That view was shared by a great number of DUP members - some of whom had their own issues with Mrs Foster's leadership, but who nevertheless believed she should have been treated with more respect.

Mrs Foster herself still maintains it could have been handled differently, with quiet backroom conversations rather than a public assassination.

Mr Poots arguably made his first leadership misstep within minutes of being confirmed the victor in the race to succeed Mrs Foster.

In an acceptance speech at party headquarters, in which he pledged to be the authentic voice of unionism, the leader designate failed to mention his defeated rival candidate, Jeffrey Donaldson.

The omission did not go down well with Donaldson supporters, and appeared to undermine his vow to heal party divisions and reach out to those who did not share his views.

Conduct of the contest

The fallout from what was a 'gloves off' leadership battle included allegations of intimidation and bullying levelled against sections of the Poots camp.

One of several councillors who have quit the party in protest in recent weeks claimed some attendees at the DUP executive meeting that ratified the leadership outcome were told to put their hands down by supporters of Mr Poots when it came to a vote on whether his ratification should be done by secret ballot.

There were even accusations that a member of the paramilitary Ulster Defence Force had threatened Donaldson supporters of during the contest - claims which prompted a police probe.

Mr Poots vehemently denied suggestions this backers had been involved in anything underhand, insisting they fought a clean campaign, and said anyone with evidence of intimidation should bring it to the police. However, the accusations, coming so soon after the steamrollering of Mrs Foster, further alienated those DUP members who already felt there was a nasty undertone to elements of Team Poots.

Selection of ministers and Assembly roles

This was always going to be a balancing act. Mr Poots had to reward those who backed him but many believe he also needed to conciliate those who were unhappy with his election.

While he did ultimately appoint a few supporters of Mr Donaldson to lower level Assembly roles, the vast majority of posts were given to his supporters.

The reaction to this was summed up by two Fosterite ministers sacked by Mr Poots, with Diane Dodds and Peter Weir both accusing him of failing to sufficiently reach out.

Significantly, there was no move to bring Mr Donaldson into a prominent role in the Poots camp.

Mr Poots was elected partly on a promise to do things differently to Arlene Foster, for instance by taking a harder line on issues such as Brexit's Irish Sea border.

But in his short time in charge there was not much evidence of radical policy departures. Some even accused him of taking a softer approach on key issues.

Prior to his election, DUP Stormont ministers had been engaged in a de facto boycott of north-south political meetings with Irish Government ministers as part of their campaign of opposition against the new Irish Sea trading arrangements.

But within a week of his ratification, Mr Poots announced a reengagement in such meetings after holding talks with Taoiseach Micheál Martin in Dublin.

It was not the stance many loyalists had hoped for and it left some wondering what the putsch against Mrs Foster was all about - policy or personal advancement.

The policy stance that ultimately undid the politician was the one he took on Irish language.

What heralded his demise was his insistence on pressing ahead with the nomination of his close friend Paul Givan as Stormont First Minister, despite opposition from a majority of his election representatives who were deeply unhappy that it would be accompanied by a major win for Sinn Féin on Irish language laws.

Sinn Féin had made clear it would only renominate Ms O'Neill if the party secured a guarantee that stalled language legislation agreed in the 2020 deal to restore powersharing would finally be implemented.

A refusal by Sinn Féin to nominate would have crashed the Executive and prompted a snap election.

Mr Poots said he would implement the legislation, but did not assure Sinn Féin he would do it in the current Assembly mandate.

In response, Sinn Féin essentially bypassed the DUP and asked the UK Government to introduce the laws at Westminster instead. Senior DUP figures criticised the suggestion, characterising it as an interference with devolution. 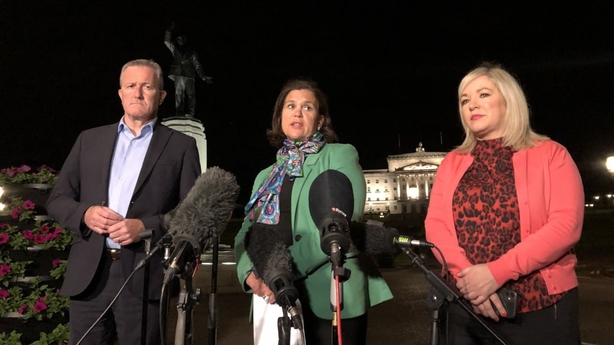 It therefore came as a shock to many DUP elected representatives when, in the early hours of Thursday morning, Northern Ireland Secretary Brandon Lewis not only agreed to Sinn Féin's request but also announced that Mr Poots was still happy to proceed with reconstituting the Executive on that basis.

As the day proper began, the DUP leader was being urged to either think again or, at the very least, take some time to consult with members and explain his rationale.

A blistering internal meeting followed in a room in Stormont, with a mass uprising against Mr Poots's proposed course of action.

Colleagues the party leader had appointed to senior roles only a week previously were openly opposing his decision. But he appeared unwilling to listen.

And this flew directly in the face of his leadership pitch to listen to a range of voices within the DUP, and to involve as many party members as possible in policy formation and major decisions.