The Minister for Children has said the "Government has to act" on foot of the decision of former members of the Mother-and-Baby Home Commission not to attend the Oireachtas Committee on Children.

Speaking to RTÉ's Drivetime, Roderic O’Gorman said he will be bringing forward proposals to cabinet in the next number of weeks on how the testimonies of those made to the confidential committee "will actually stand as part of the historical record."

Mr O’Gorman said he is considering engaging a human rights law expert to analyse the testimonies given to the confidential committee and for their subsequent report to stand alongside that of the Commission.

He said: "What I am minded to is a situation where perhaps an independent human rights expert comes in, examines the testimonies given before the confidential committee, and draws a report together, particularly looking at this through a human rights law lens and allow this report stand as an official record beside the Commission's report."

Mr O’Gorman said he would not repudiate the report of the Commission.

He said: "To repudiate would be to discard the huge body of evidence that the commission established in terms of deaths, state failures.

"It would be to write off that incredible body of evidence that has been established. 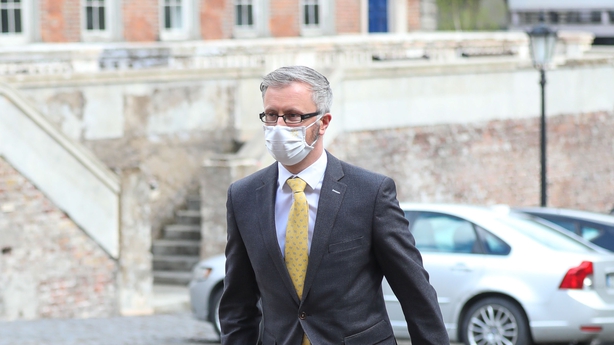 Mr O’Gorman said: "The report will stand, but what we need to do is to ensure that the lived experience of survivors, as reflected in the confidential committee where survivors are concerned, stands alongside the report."

Meanwhile, Tánaiste Leo Varadkar said it is "deeply regrettable" that former members of the Mother-and Baby-Homes Commission will not appear before the Oireachtas Committee on Children.

In a statement, he said: "This is deeply regrettable. I had genuinely hoped they would agree and that a date would have been set by this stage.

"I would urge them to reconsider their decision, and to appreciate the imperative to explain their report and answer questions.

"The Commissioners are best placed to answer how they reached their findings. It is long overdue at this point."

Earlier, the former chair of the Commission said there has been a "rush to judgement" about the report in which, she said, the testimonies of women were "very much taken into account".

Judge Yvonne Murphy strongly defended the report in a letter to the chair of the Oireachtas Children's Committee, Sinn Féin's Kathleen Funchion, in which she declined an invitation to appear before the committee.

She said the report "speaks for itself" and its findings would be "set to nought" if the members of the commission agreed to appear before an Oireachtas Committee "in circumstances especially where prejudgment is already manifest".

A Commission of Investigation is required to be "independent in the performance of its functions", she wrote.

"It does not follow a popular or political narrative or agenda."

Judge Murphy said it is "not true" to say that the testimonies of the women were discounted or discarded by the commission.

She said they were relied upon to the extent that the commission considered appropriate, having regard to the totality of the evidence gathered. 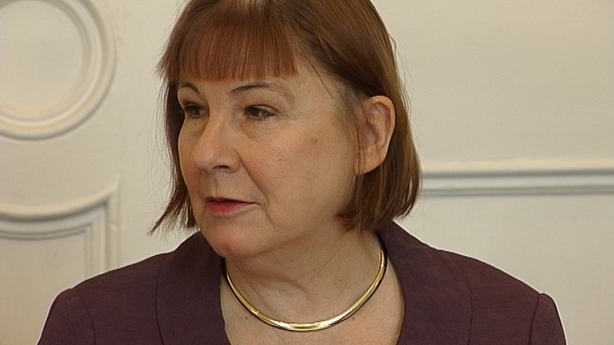 Judge Murphy also said it was not true to suggest that the commission found there was no abuse in the institutions, and that "many of the chapters contain graphic accounts of the abuses that women and children underwent".

The letter continued: "The commission is concerned that very little of that extensive evidence has been read, or if read, has been ignored and there has instead been a rush to judgment without due consideration being given to all the evidence presented."

Ms Funchion said the first she heard about the refusal of the former commission members to appear before the Oireachtas committee was in a report on The Irish Times website this afternoon.

She said the clerk of the committee received a "one line email" from Commission Director Ita Mangan on behalf of its members at 11.25am, stating that a letter had been hand-delivered to the Oireachtas.

This was the third time members were invited to appear before the committee, which will meet on Tuesday to discuss how to proceed from here.

Last week, Government and opposition parties called for representatives of the commission to "clarify" its treatment of the personal accounts of survivors in its final report by coming before the committee.

The calls came after a member of the commission suggested at an Oxford University seminar that threats of legal action had resulted in the testimony of survivors being excluded from the final report, published earlier this year.

Minister O'Gorman said the members of the commission needed to "urgently clarify" its treatment of the personal accounts of survivors of the homes.

Tuam historian Catherine Corless described the revelations about the evidence as an "eye opener" and said the process of giving testimony had been a "complete waste of survivors' time".