A record 93 Blue Flags have been awarded to beaches and marinas across the country for the 2021 bathing season.

Four additional beaches are receiving the award this year, which is given for compliance with sewage treatment, as well as for the quality of bathing water.

Four new beaches are among the 93 Blue Flags awarded by An Taisce for this year's bathing season. They include two beaches in Cork.

In Dublin, after a five-year absence, Killiney Beach will once again be able to raise the Blue Flag.

Golden Strand in Mayo has regained its status, which it last held in 2018. 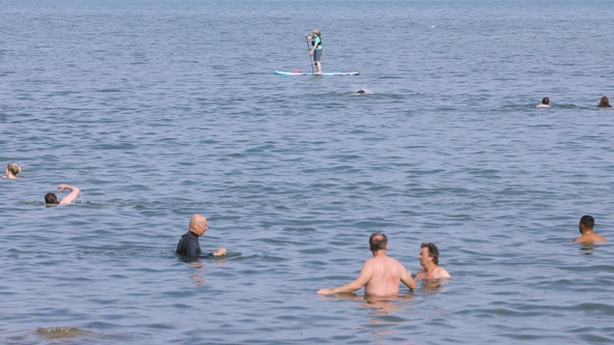 In addition to the Blue Flags, 63 Green Coast Awards have given to beaches in recognition of their clean environments, water quality, and natural beauty.

There are two first-time recipients of the Green Coast Award this year; Rush South Beach in Dublin and Gurteen Bay in Co Galway.