Doctors have warned significantly more potent forms of cannabis available in Ireland are resulting in record levels of hospital admissions from the drug - with admission rates trebling over the past decade.

The College of Psychiatrists of Ireland issued the warning as part of a new public health awareness campaign, saying "the cannabis people might remember from 20, 30 years ago is not the animal that's out there now".

Dr McCarney said 309 people were admitted to psychiatric hospitals with a cannabis-related diagnosis in 2019, the latest figures available, a record level that is almost three times higher than in 2007.

The College, he said, believes the higher potency of cannabis now available in this country is to blame.

"We have been concerned for some time that the public discourse about cannabis is coming from one side. We want to put it out there what we are seeing in our clinics, because it's not harmless," Dr McCarney said.

"Anything over 10% THC is high potency cannabis. We frequently have strains available that are over 10%.

"We are seeing significant increases in anxiety, self-harming behaviour and suicidal ideation. It is worrying that as the THC [tetrahydrocannabinol, the chemical which produces a high in cannabis] content increases we are seeing more of this.

"If you look back at the hospital admissions data you can see about a 300% increase into the hospitals. It's greater than admission for cocaine use or for heroin use.

"A young person from time to time will have begun from seven, eight, nine. The cannabis that people might remember from 20, 30 years ago is not the animal that's out there now," he said.

Asked about the fact 877 people were admitted to general hospitals for medical treatment in 2019, a rate that is four times higher than in 2005, Dr Doherty said many suffer physical issues due to the strength of some strains of the drug.

"We frequently see people with heart palpitations or heart arrhythmia secondary to cannabis, we also see people with cannabinoid hyperemesis syndrome, which is a condition where people have unrelenting nausea or vomiting due to cannabis.

"In addition to that, in the emergency department we tend to see people who have their first episodes of drug-induced psychosis, which is a truly horrible condition and you wouldn't wish it on your worst enemy," Dr Doherty said.

Speaking on the same programme, Gino Kenny, Solidarity-People Before Profit TD for Dublin Mid-West, said while there are serious concerns with the potency of some cannabis strains, the only way to address the issue is to legalise the drug.

We all understand cannabis potency is higher than it was, but I think it's important to educate people in relation to I suppose drug use - TD Gino Kenny

Mr Kenny said while people should listen to the advice of doctors, many will still take cannabis regardless of the concerns as the "vast majority" of people will suffer no ill-health.

Mr Kenny added he will table legislation later this year seeking to legalise the drug in order to ensure its content is regulated and therefore made safer.

"There's an element of hysteria in regard to cannabis.

"We all understand cannabis potency is higher than it was, but I think it's important to educate people in relation to I suppose drug use.

"This year I'll introduce a bill called the Cannabis Regulation Control Bill. Prohibition on cannabis has been a failure, and with legalisation we'll have regulation," Mr Kenny said.

However, Frank Feighan, Fine Gael TD for Sligo-Leitrim and Minister of State for Public Health, well-being and national drugs strategy, said the Government has no plans to decriminalise cannabis.

"The [previous 2016-2020] government already established a working group in 2017 and the working group examined the options around decriminalising drugs and didn't deem that it would be appropriate in an Irish context.

"There are no plans to decriminalise drugs, including cannabis. We urge anybody with concerns to use visitdrugs.ie, it really contains practical advice," he said.

If it didn't include weed, I had no real purpose in it. I missed two Christmases and two of my birthdays, I just couldn't remember anything - Former teen cannabis user

One person who spoke to Morning Ireland was 'Dean', a 17-year-old from Co Kilkenny who began smoking cannabis when he was 13 years old, before taking other drugs.

He subsequently went for rehabilitation treatment at the Aislinn Centre in the county.

"If it didn't include weed, I had no real purpose in it. I missed two Christmases and two of my birthdays, I just couldn't remember anything.

"As I went on, I realised it was a problem and I took it up in my own hands to go to rehab, the Aisling Centre, I was like you know, enough is enough.

"I struggle still, but you're going to struggle it's just how you deal with it.

"I know this from experience, don't go out and just smoke weed cos you're curious, it's not anything that it's made out to be," he said. 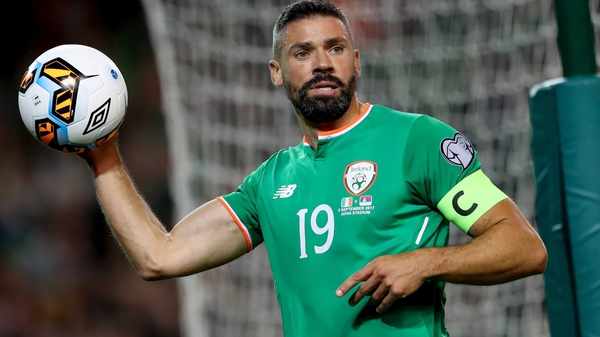