The Director General of RTÉ has warned that the organisation is facing a decline in financial sustainability, relevance, and a reduction in the number of services it can provide unless changes are made to the TV licence fee system.

Appearing before the Oireachtas Public Accounts Committee this afternoon, Dee Forbes told TDs that failing revenues have already cost jobs both within RTÉ and the wider audio-visual sector.

Ms Forbes told the Committee that it is estimated licence fee evasion rose to 15% in 2020.

The number of ineligible homes, who do not own a television, also rose to an estimated 13% in the same year.

RTÉ believes that both factors have led to a loss of €50m per annum, more than it spends on News and Current Affairs programming on RTÉ One and RTÉ Radio 1.

In her opening statement, Ms Forbes said she believes that it is the responsibility of Government to address issues around the funding of Public Service Broadcasting.

She said that 94% of people living in Ireland access RTÉ services each week, using multiple devices.

She told the PAC that the failure to address the funding of Public Service Media will result in a reduction in election and political coverage, in-depth coverage of Northern Ireland and national regional coverage.

Ms Forbes said that such a gap would be filled by international media providers who will "invest little or nothing in Irish-focused programming or journalism".

In response to a question by Fine Gael's Jennifer Carroll MacNeill, Ms Forbes said RTÉ does not get paid by cable and satellite television providers, such as Sky and Virgin Media, for its channels. She explained that such companies are obliged to carry Public Service Media channels on their platforms. However, she said RTÉ is paid for its Player services, which is a "small amount of money compared to what the value of the channels would be to Sky and Virgin".

Ms Forbes said there is a wider discussion internationally, around whether cable and satellite providers should pay public service media companies for their channels.

She was also asked about whether RTÉ is paid for its content on social media platforms, such as Twitter and Facebook. She told Ms Carroll MacNeill that only a limited amount of RTÉ content is available on such platforms, mostly news related, which the organisation is not paid for.

Ms Forbes said that posting content onto such platforms benefited the organisation in terms of awareness and reaching a younger audience.

Ms Carroll MacNeill said that people were paying their licence fee for "good content", which she felt was being "given away for free" on social media platforms like Facebook.

In defence of RTÉ's top talent fees, Ms Forbes said she understood that the fees caused concern for many people, but she told the Committee that top talent played a very important role commercially and had a particular skill set.

Independent TD Verona Murphy was told that a building like Leinster House pays for just one single television licence, the same as a single household. This is despite the building having "about 500 televisions in Leinster House alone" according to Ms Murphy. She suggested that such a situation be looked at, to help boost licence fee income.

Ms Forbes explained to the committee that there would be a different amount of money paid by commercial properties for their TV licence.

She told Fine Gael TD Alan Dillon that RTÉ will record a profit in 2020, due to the pandemic, which resulted in a reduction in operating costs and saw the organisation benefit from Covid-19 related Government support.

Regarding the Eversheds Sutherland review into whether some workers were misclassified as self-employed freelancers, Director of Human Resources at RTÉ Eimear Cusack, told Fianna Fáil's Paul McAuliffe that 82 contractors were offered contracts of employment after the review. She said 79 of them accepted such contracts, and those that did not no longer work for RTÉ.

Social Democrats Co-leader Catherine Murphy asked if there would be retrospective payment to workers who were found in the Eversheds Sutherland review to have been misclassified.

Ms Cusack told Ms Murphy that this issue will be looked at after reviews, which are under way, by the Department of Social Protection and Revenue.

Seán Sherlock of Labour praised RTÉ for its work during the pandemic. He asked if the independent production sector could be given assurances that they will be the beneficiaries of any increased funding.

Ms Forbes told Mr Sherlock that the pandemic was very difficult for the sector, and this year will also be challenging. She gave an example of a production crew from Belgium, due to arrive in Ireland in June for an "important Irish drama". She told him that the crew is facing difficulties coming into the country due to Mandatory Hotel Quarantine. However, she said RTÉ would seek to fulfil its commitments to the independent sector.

Ms Forbes told Mr Sherlock that the pandemic has taught the organisation many lessons in terms of remote working, and that technology will help the organisation explore new ways of broadcasting.

Asked if RTÉ would consider selling its Donnybrook site and relocating outside of Dublin, Ms Forbes told Fianna Fáil's Marc MacSharry that the idea was looked at a few years ago but the "maths didn't add up".

She said that while major broadcasters in other countries have relocated, they were allocated financial support to complete such a move.

However, Ms Forbes said that such a proposal should not be ruled out.

Sinn Féin's Imelda Munster was told that the Eversheds Sutherland review did not result in any of RTÉ's top ten talent becoming employees.

Green TD Neasa Hourigan asked what improvements are being made to the RTÉ Player. Ms Forbes accepted that there have been some technical issues. She said that it is a complicated application, given that it is a combination of both live and streamed content, unlike Netflix.

She told Ms Hourigan that a lot of time and money has been spent trying to improve it.

Ms Forbes said that these improvements have been evident in the past eight to 12 months and "time spent on the player is up about 43%".

With regards to the television licence fee, Ms Forbes said that there was a loophole where people watching RTÉ on the Player do not require a licence.

She said that this issue has been addressed in the UK, where people watching the BBC on a device will be asked if they paid their licence fee and if not will be directed to a page to do so.

Ms Forbes said that the Future of Media Commission is tasked with coming up with an appropriate model for Ireland. 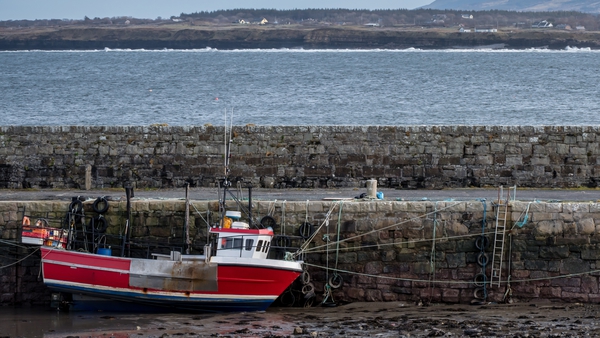 €35m to be spent on public piers and harbours