A dairy farmer who supplies cream for a festive favourite will be playing carols to his herd this Christmas as part of a sustainability drive to reduce his carbon footprint.

At other times of the year, Joe Hayden soothes his herd of 180 "Baileys Ladies" with Bruce Springsteen, Coldplay and The Killers.

The Co Wicklow farmer has been supplying high-end cream to Baileys since the liqueur was first launched in 1974.

Following a tip handed down by his mother, he has been using music to relax his Holstein Friesians for years, but now he says he has the scientific proof it helps to produce better milk.

The calming technique is one of several eco-friendly practices that Mr Hayden, a married 60-year-old father of two, employs at his 360-acre farm in the Wicklow Mountains close to the village of Tinahely.

"We play music to the cows and that has been scientifically proven to help the cows to relax," said Mr Hayden, who explains that the tunes release a hormone that lowers stress levels leading to better milk.

"I've been working with the dairy herd here for over 40 years and the love relationship is as strong as ever. Like any ladies in our lives - what you give, you get back twice."

Mr Hayden, a fourth-generation dairy farmer, says Sunday afternoon is the only time of the week when the music is turned off in the milking parlour. 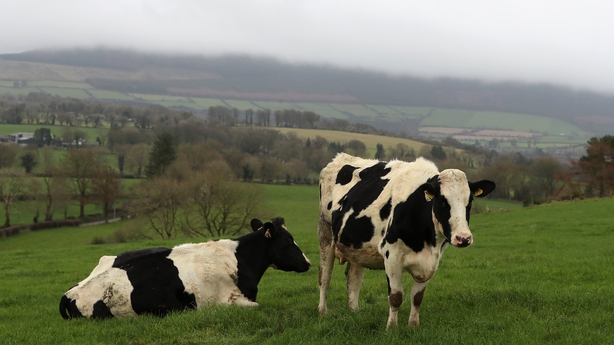 "That's when we're listening to the football and hurling matches during the championship," he joked.

He said his mother often spoke about a neighbouring farm where she grew up that had five musical sons who were famous for serenading their herd.

"This farm was beside the beach and people coming home from the beach on a Sunday afternoon in the summer used to sit outside on the road listening to the five boys singing to the cows. And my mother said there could be 70 people sitting there listening to this," he said.

Baileys is made by mixing cream supplied by 1,500 farms located throughout the island of Ireland with triple-distilled Irish whisky.

Baileys, a Dublin-based company that has production facilities on both sides of the border, is seeking to encourage more sustainable farming practices as part of a ten-year project to reduce greenhouse emission in its supply chain by 50%.

Mr Hayden, who farms along with his brother Michael, is already ahead of the curve when it comes to cutting his carbon footprint.

He has introduced a range of environmentally-friendly practices in recent years. 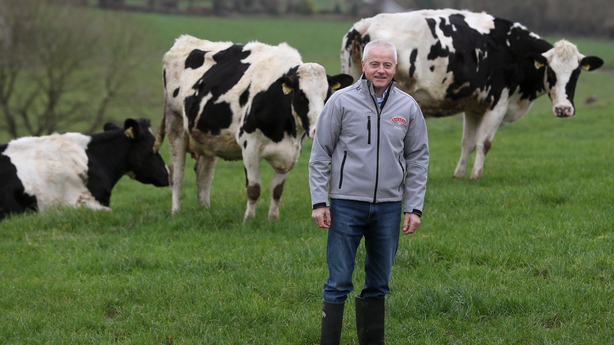 These include increasing the days his herd graze on grass to 300 a year; a greater reliance on slurry as a fertiliser; using the natural warmth of fresh cows' milk to heat water used to clean the milking machines; and bringing up cold water from a well to cool the milk.

He says the results are not only good for the environment but also for his bottom line.

Mr Hayden, who in pre-pandemic times welcomed thousands each year to a visitor centre on the farm, says greater reliance on natural methods has increased profits while the improved health of the herd is evidenced by a two-thirds reduction in vet visits.

"I am quite a few years at farming and I have never been as excited as I am at the present time about what we know we can achieve," he said.