A 45-year-old man has been arrested in connection with murder of Robbie Lawlor in north Belfast in April.

The 36-year-old, who was originally from Dublin, was shot dead outside a house on Etna Drive on 4 April.

The man who was arrested is being questioned at Musgrave Police Station.

Police said that Lawlor was shot several times and died at the scene. 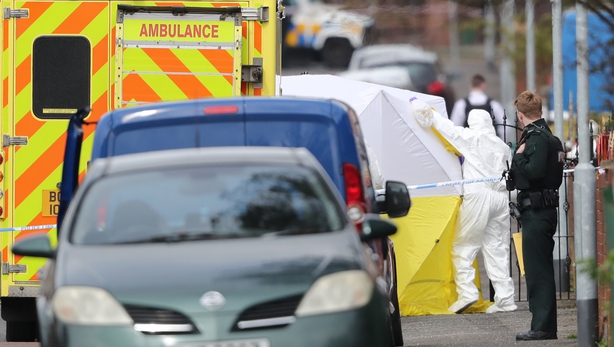