The establishment of the CervicalCheck Tribunal cannot be delayed, the Department of Health confirmed tonight, but it said any further actions remain "paused".

The proposed workings of the tribunal had been opposed by the 221+ cancer patient advocacy group.

Campaigner Vicky Phelan said it was a "slap in the face" for women involved and the group could not recommend to its members that they participate in the current format.

Three main issues were flagged; the adversarial nature of the hearings; the statute of limitations and the question of whether women could return later to the tribunal if their cancer recurred.

Ms Phelan said on Twitter tonight that the 221+ group felt "betrayed" after hearing that the tribunal had been established.

"We made it quite clear last Friday and again on Monday last, that we wanted it paused. We were promised that would happen. This promise was broken."

She said it was now "firmly up to the Minister and Government to right this wrong and make good on the demands of 221+ for a just and fair tribunal".

"However, as the order establishing the Tribunal had already been signed and sent for publication on Friday 23rd, this could not be reversed.

"This means that, technically and formally, the date of 27 October stands as the establishment day under the Act."

"As the Tribunal was officially established on 27 October, the nine-month period for making claims will run from today. This is the only practical impact of the establishment of the Tribunal today.

"However, the Government will extend the length of the Tribunal by additional days to cover this period if necessary." 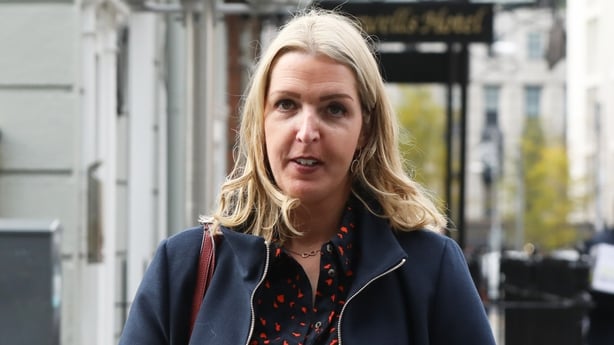 Labour leader Alan Kelly said the Minister should not have signed the Statutory Instrument allowing the tribunal to kick in before dealing with the issues raised by the 221+ group on Friday.

"It is disingenuous for him to claim that the tribunal has been paused when he has signed the order allowing it to officially commence."

Yesterday, Sinn Féin health spokesperson Louise O'Reilly urged the Government to listen to the voices of women affected by the CervicalCheck scandal and ensure they are not subjected to adversarial tribunals..

Last week, Minister Donnelly said it was impossible to be non-adversarial, but the aim was to be "as least adversarial as possible".

It is understood the Government is examining a format where the laboratories could be formally notified as third parties rather than co-defendants.

This would mean the women would not be cross-examined by the labs and their engagement would be with the State and the Health Service Executive.

Green Party parliamentary members held an emergency meeting on Saturday to air concerns that a satisfactory resolution of the issues would be reached.

The CervicalCheck controversy first came to light after Ms Phelan, along with her husband Jim Phelan, sued the HSE and Clinical Pathology Laboratories Inc, Austin, Texas, over a smear test taken under the National Cervical Screening Programme CervicalCheck and analysed in the US laboratory.

She was diagnosed with cancer three years after her smear test results of 2011 were incorrectly reported as clear of abnormalities.

It later emerged than more 200 women with cervical cancer should have received treatment earlier than they did.