An additional charge of financing terrorism has been brought against Lisa Smith, the Dublin District Court heard today.

The 38-year-old former member of the Defence Forces is also accused of being a member of the Islamist terrorist organisation, ISIS, between 28 October 2015 and 1 December 2019.

The District Court also heard today that her trial is to be held at the Special Criminal Court.

Ms Smith came to the Dublin District Court for service of the book of evidence today.

However, an additional charge of financing terrorism was put to her.

The new charge relates to the transfer of €800 in assistance via a Western Union account in 2015.

He told the court that Ms Smith was charged at the courthouse at 10.28am this morning and made no reply to the charge.

The book of evidence could not be served today because Ms Smith's independent surety was not present.

Her solicitor told the court he would have it next week. 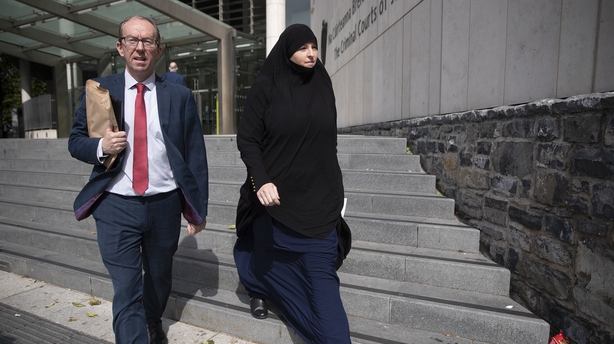 Peter Corrigan also said the decision to try the case in the Special Criminal Court will be challenged because Ms Smith is being denied her fundamental right to a jury trial.

Judge Paula Murphy remanded Ms Smith on continuing bail to appear again in court next Friday for service of the book of evidence and for the return for trial order to be made.