The winning ticket in the €49.5m EuroMillions draw was sold in Ireland.

There has been no indication yet where in the country the winning ticket was purchased.

In February, Mulroy's Londis in Castlebar sold the previous winning ticket in Ireland worth €17m.

According to the National Lottery it is the sixth largest jackpot ever won in Ireland.

A spokesperson said: "This is amazing news for one of our lucky players. €49.5m is truly a life-changing prize and we are delighted to confirm that this lucky ticket was sold in Ireland.

"This is Ireland's 16th EuroMillions jackpot winner and we are now asking all our players to check their tickets very carefully to see if they are the lucky winner or winners.

"If they are the lucky winners we encourage them to sign the back of the ticket and contact our prize claims team on 1800 666 222 or email claims@lottery.ie, and we will make arrangements for you to collect your prize when it is safe to do so."

EuroMillions: What are the odds, and is luck of the Irish real?

🎉WOW🎉A lucky #EuroMillions player has WON tonight's amazing Jackpot of €49,564,586..This is the 6th largest jackpot ever won in Ireland 🥳🙌 Players check your tickets😀 https://t.co/una0XXn1k6#ItCouldBeYou pic.twitter.com/PAGHxI3pCi

This is the 16th EuroMillions win in Ireland, which is one of the luckiest European countries for jackpot wins.

Dolores McNamara from Limerick was Ireland's first EuroMillions winner in 2005, collecting over €115m. 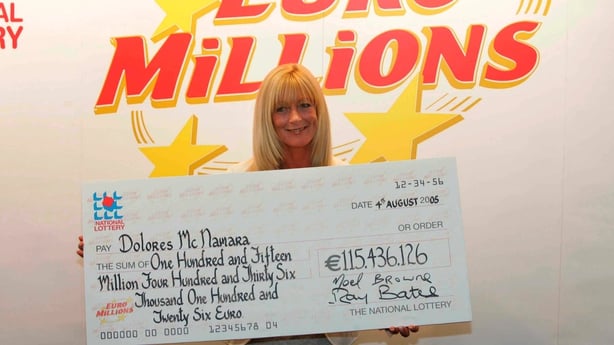 In July 2008, a Tipperary player won a €15m jackpot with a ticket bought in Carrick-on-Suir.

A family syndicate shared the jackpot with a British winner in June 2009, taking home over €29.4m with a ticket bought in Dublin.

In June 2013, a winning ticket for a massive €187m jackpot was sold in Beaumont, Dublin. The Dublin winner shared the jackpot with another player, so picked up over €93m.

A shop in Castlebar, Co Mayo sold a winning ticket in April 2014, for a jackpot worth €15m.

In September 2014, a syndicate from Dublin won an €86.7m jackpot. The ticket was sold in Centra, Ballybrack. 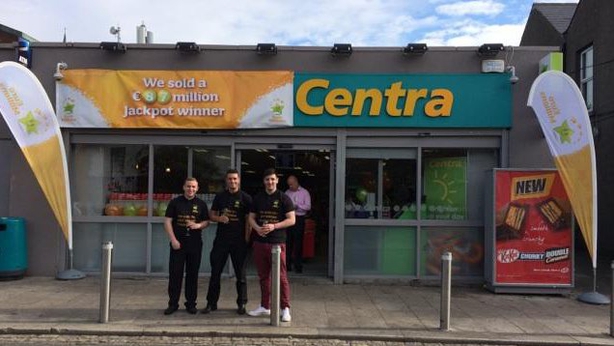 The ticket was sold in Eason, Fairgreen Shopping Centre.

Just a few months later, in July 2016, 22 colleagues from Dublin Bus won €23.8m. That ticket was sold in O'Hanlon's, Portarlington.

Another Dublin work syndicate won the next Irish jackpot in 2017, claiming €88.5m. The winning ticket was sold at the Applegreen Service Station on the M1 Northbound in Lusk.

Then Castlebar won again: A syndicate from the west of Ireland won a €29m jackpot, the ticket for which was bought in Garryduff XL Store on Pound Road, Castlebar.

In December 2017, a small family syndicate from Dublin won €38.9m on a ticket purchased in The Village Shop in Malahide Shopping Centre.

Six months later, in June 2018, 32 colleagues from Stakelums Hardware store in Thurles, Co Tipperary, shared a €17m jackpot with a ticket they purchased at Eason in Thurles Shopping Centre.

In February 2019, a family syndicate from Naul, Co Dublin, won €175.4m on a ticket sold in Reilly's Daybreak in the village.

In February 2020, a €17m jackpot was won in Co Mayo with the winning ticket sold at Mulroy's Londis in Castlebar.