The mother of a man who died from coronavirus has said it was very traumatic not to be with her son in his final moments.

Adrian Bartley, from Navan in Co Meath, died on 31 March at Connolly Hospital in Blanchardstown.

The 52-year-old, who had Down's syndrome and dementia, had been living in a nursing home.

He first became unwell in February and was treated in hospital for pneumonia.

He initially tested negative for coronavirus, but was admitted to hospital again a few weeks later, where he tested positive.

Mary Bartley Meehan has thanked those who helped them in their family bereavement.

As her son's breathing became more laboured before his death, she said that doctors told her that they would make him as comfortable, but that he was not expected to live.

At that stage, she had not seen him in person since 5 March.

Hours before he died, a nurse arranged for his mother to talk to him on WhatsApp.

She says she saw him suffering greatly and she spoke to him and kept talking to him.

She says she told him: "Adrian, if you can hear me, will you open your eyes."

He opened his eyes and shut them, she said, and that is the last time she saw him alive. "I was happy to see him but it was terrible traumatic for me to picture him, that I couldn't be with him. That was really the worst. I could have been there holding his hand."

Lamenting the trauma of not being with him in his final moments, she wishes that she could have been there to hold his hand.

Despite being numbed by the whole experience, she wanted to thank the staff of Connolly Hospital, and the undertakers, who helped the family through a difficult time.

She said that two nurses were with her son and they told her they were holding his hand when he passed peacefully.

Friends and neighbours have sent condolences and the bereaved mother said that she would never forget what people had done for her.

A special Olympian, his mother says her deceased son will be remembered as the life and soul of every party and a great character, a man who loved everyone and was loved by everyone. 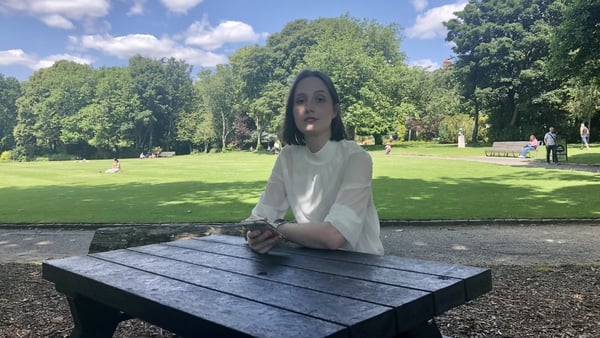