Up to 30 minutes will be saved off peak journey times on the N25 between Cork and Rosslare following today's official opening of the New Ross bypass.

It is named the Rose Fitzgerald Kennedy Bridge in honour of the mother of President John F Kennedy.

The opening was performed this afternoon by Taoiseach Leo Varadkar with Rose Katherine Kennedy Townsend, a great-granddaughter of Rose Fitzgerald Kennedy and grand niece of the late president.

Overall, the project cost €230m and will be open to traffic tomorrow. 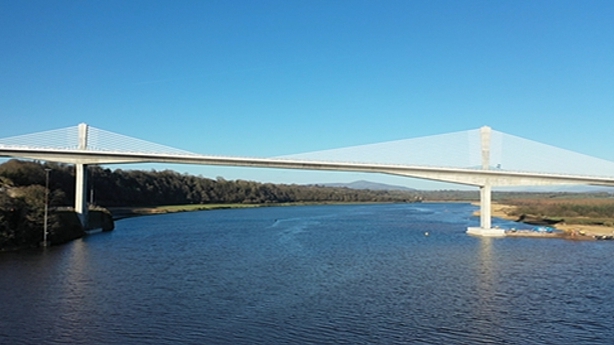 It follows other recent major road schemes in the southeast, including last year’s opening of the Enniscorthy bypass, linking with the M11 along the east coast. 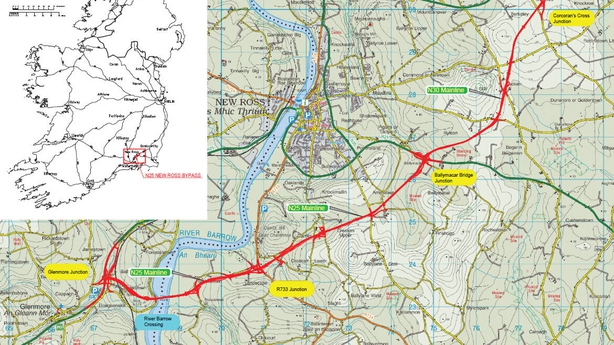 As well as offering journey time savings on the N25, linking Cork and Waterford with Wexford and Rosslare, the new road is aimed at opening up the region to future investment, including Rosslare Europort.

The project follows more than 20 years of work by Transport Infrastructure Ireland, as well as Wexford County Council and Kilkenny County Council.

"This bridge not only spans the river Barrow but also brings the communities of Wexford and Kilkenny closer together." 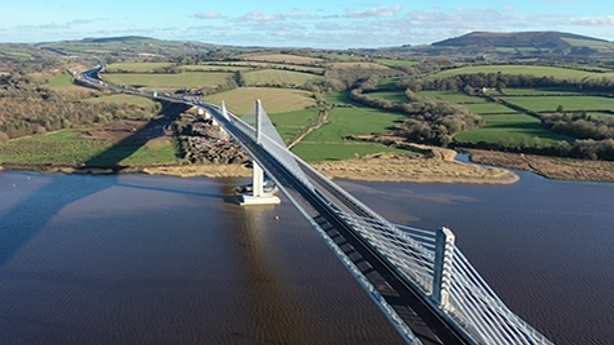 Chairman of Kilkenny County Council Peter Cleere described the bridge as "an engineering wonder", which will attract visitors to the area.

Chairman of Wexford County Council Michael Sheehan said the opening marks "a new chapter" and means the region is "now ripe for a new era of investment, industry and interest".

The Kennedy family homestead at Dunganstown is less than 2km from the new bridge and it was the late president’s sister Jean Kennedy Smith who suggested naming it after their mother.