A number of Christmas morning swims have taken place around the country, with many raising money for charities in the process.

The Christmas swim is a tradition in many households, with perhaps the best known event taking place at the 40 Foot in Dublin's Sandycove.

A steady stream of people took to the water throughout the morning at the south Dublin bathing spot, including Taoiseach Leo Varadkar. 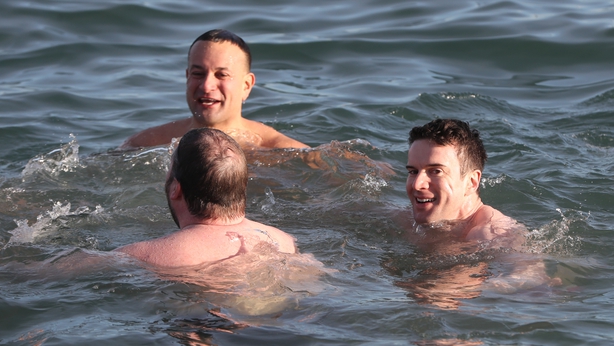 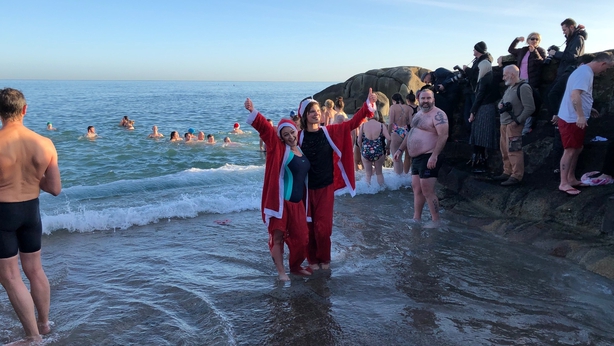 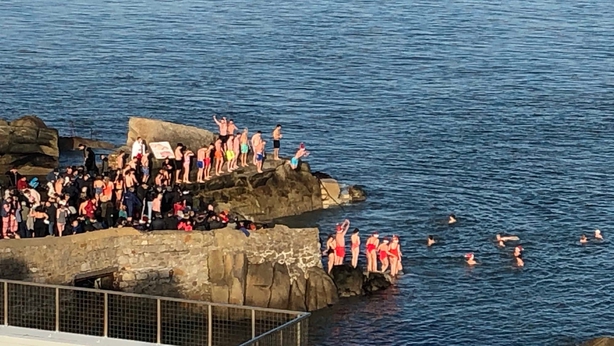 Events also took place at locations around the country, including at Salthill in Galway and Strandhill in Co Sligo.

More that 200 people took part in the annual Christmas Day Splash at Rosses Point in Sligo at midday.

More than 200 people took part in the annual Christmas Day Splash at Rosses Point in Co Sligo. It's the 40th year of the event which raises thousands of euro annually for local charities | Read more: https://t.co/Guz2DI05Fo pic.twitter.com/JneP9zu7gc

It was the 40th year of the even,t which raises thousands of euro annually for local charities. This year all money raised will go to Sligo branch of The Alzheimer Society of Ireland.

There were also Christmas swims in Dunmore East and Tramore in Co Waterford, Lahinch in Co Clare and Donaghadee in Co Down.

Braving the elements for our annual Christmas swim in Salthill ?? pic.twitter.com/GfGTZ6frdz

There are also more than 140 GOAL Mile runs taking place around Ireland.

It is the 38th year of the festive tradition, with a record number of events taking place.

While the majority are in Ireland, members of the Defence Forces who are serving in the Golan Heights in Syria have also taken part in the event.