Taoiseach Leo Varadkar has said it cannot be guaranteed that a boil water notice affecting 600,000 people will be lifted before the upcoming Bank Holiday weekend.

Speaking in the Dáil, Mr Varadkar said it will take three clear test results for the boil water notice to be lifted in the affected areas of Dublin, Kildare and Meath.

The notice was issued by Irish Water yesterday following a technical issue at the Leixlip water treatment plant in Co Kildare.

Mr Varadkar said Minister for Housing, Planning and Local Government Eoghan Murphy has asked for a full report on the incident from Irish Water, the Environmental Protection Agency and Fingal County Council, which operates the Leixlip plant on behalf of Irish Water under a service level agreement.

Earlier, speaking on RTÉ’s Morning Ireland, Irish Water Customer Strategy Manager Yvonne Harris said that around 20% of the water in the greater Dublin area pipe system coming from the Leixlip Water Plant has been contaminated.

The notice, which was issued last night, affects more than 600,000 people across Dublin, Kildare and Meath. 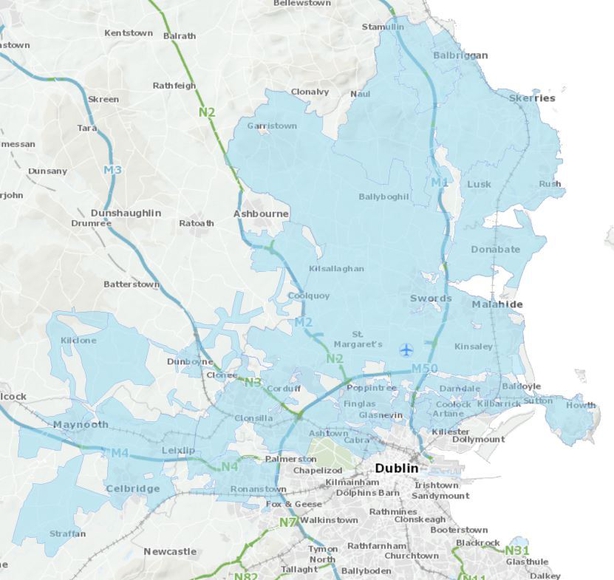 Ms Harris said that the problem with water supply at the plant was identified yesterday morning and confirmed through tests.

She added that although the problem at the plant had been corrected, there was still contaminated water in the pipe system.

Until tests return clear, she said, the notice would remain in place.

She said: "The untreated water is in the system at the moment so any new water coming from the plant is now fully treated.

"The tests are positive at the moment, but we would expect that we would go over the next day or so."

Ms Harris said Irish Water will fine tune the list of affected areas, but she urged customers to err on the side of caution until an updated list is published.

She apologised to those affected and said the decision was made with public safety in mind.

The technical issue occurred in one of the older parts of the Leixlip plant, where an infrastructural programme is already in place to make improvements.

The Environmental Protection Agency is investigating the incident and will carry out an audit at the Leixlip plant tomorrow.

The audit will examine the treatment processes in place and the actions taken to address the issues which led to the boil water notice being put in place.

It says it will ensure that any recommendations of that audit will be implemented by Irish Water.

Continuous tests will be carried out at various locations in the system throughout today and the coming days.

Customers are advised to boil their water for drinking, the preparation of foods that are not cooked before eating and making ice.

Water can be used for personal hygiene, bathing and flushing of toilets but not for brushing teeth or gargling.

Irish Water advises that caution should be taken when bathing children to ensure that they do not swallow the bathing water.

The Health Service Executive said the untreated water in the system may contain cysts of cryptosporidium and giardia that could cause gastrointestinal infections with symptoms such as diarrhoea and stomach cramps.

Anyone who develops such symptoms should consult their GP.

All aboard: 'Unique' model railway collection returns to Malahide