Disruptive passengers' incidents increased by a third in one year (2017-2018) and at least once a month the situation escalates to such a degree forcing the plane to perform an emergency landing.

The organisations that signed the agreement include Ryanair, Aer Lingus, the country's main airports and the Commission for Aviation Regulation.

They have pledged to promote:

The signing of the joint declaration took place as part of an industry forum organised and chaired by the Irish Aviation Authority, the industry safety regulator, as part of its "Not-on-my-Flight" campaign.

The campaign highlights examples of unruly behaviour on flights, and the consequences for passengers and crew. Unruly behaviour can include intoxication, aggressive or inappropriate behaviour as well as not following the commands of flight crew, who are there to protect passenger safety. 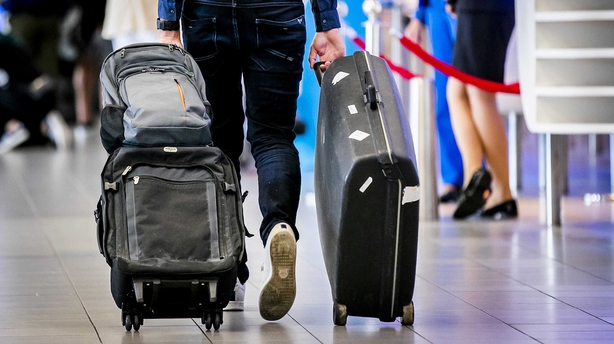 Paul Brandon said passengers need to be aware that there will be consequences for bad behaviour up to and including arrest on arrival at a destination airport.

He said every incident is a serious one and flying should be a pleasurable experience for passengers.

The signing of the joint declaration comes as figures show there has been an increase in the number of disruptive passenger incidents on flights across Europe.

According to data published by the European Union Aviation Safety Agency (EASA), every three hours the safety of a flight within the EU is threatened by passengers demonstrating unruly or disruptive behaviour.

At least once a month the situation escalates to such a degree forcing the plane to perform an emergency landing.

Almost three quarters of aviation safety incidents across the EU (72%) involve some form of physical aggression.

Safety is compromised by unruly passengers on 1,000 flights in Europe per year due to assaults and alcohol related offenses.