Hundreds of people have attended the funeral in Dublin of an Irish survivor of institutional abuse who died in England without any known family.

Joseph Tuohy, who was originally from Toomevara, Co Tipperary, died on 11 July aged 83 in London. 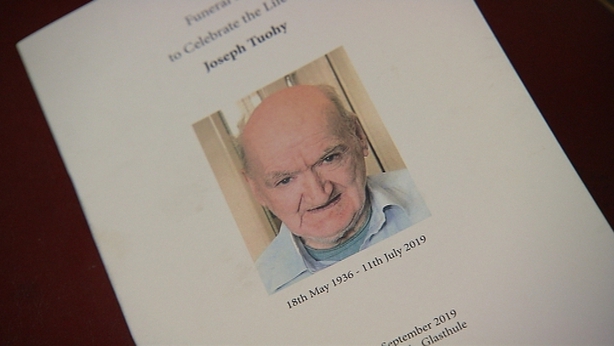 His friend of many years, homeless hostel worker Brian Boylan, whom he met in the 1970s in London, in a homeless hostel, and local Glasthule parishioner Margaret Browne, founder of Friends of the Forgotten Irish, led the mourners. 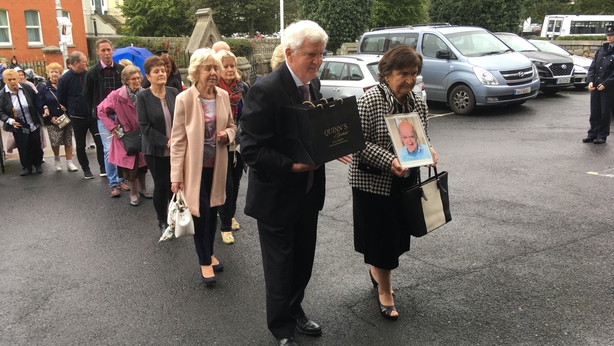 Inside the church there was standing room only at the Requiem Mass.

It appears that Joseph's mother's family may have cut off contact with her as she had a baby when she was not married.

Joseph spent the first five years of his life living with his mother (who was working outside the home). But in 1942 he was taken away and put in the Ferrybank Orphanage after he was burned in an accident.

He trained as a tailor in the orphanage and stayed there until he was 16. His mother spent the rest of her life in the Good Shepherd Magdalene Laundry in Limerick city.

At 16, Joseph moved to London and married an Irish woman but the couple later separated. Joseph lost a leg and ended up being homeless and and living in a hostel.

Mr Boylan was the only person who was at Mr Tuohy's funeral in London.

Each St Patrick's Day in Glasthule's Parish Centre, the Friends of the Forgotten Irish group raise money to support Irish emigrants in London.

Mr Boylan, who is a native of Kilnaleck in Co Cavan asked the group to organise a funeral for his friend. Today, that funeral was held in Glasthule.

The funeral mass heard that both the Catholic Church and the Irish State treated Joseph and his mother brutally.

Inside the packed church in Glasthule, chief celebrant Father Denis Kennedy described Joseph's life in an orphanage in Clonmel and his mother's in the Good Shepherd Magdalene Laundry in Limerick as brutal institutional abuse.

After the mass, survivors' representatives called on the Government to help repatriate dozens of people in similar circumstances.

A number of survivors of childhood institutional abuse said they knew of 23 survivors who needed the State’s assistance to come home.

President Michael D Higgins was represented at the mass by his aide-de-camp. Minister of State Mary Mitchell O’Connor represented the Government.

Brian Boylan spoke to RTÉ's Marian Finucane recently about his friend and told the story of Mr Tuohy's life.