A funeral service for Nóra Quoirin, who was found dead in a Malaysian jungle after going missing on a family holiday last month, has taken place in Belfast.

The service was held in the church where she was baptised, St Brigid's in south Belfast.

The 15-year-old was found dead after a ten-day search around the jungle resort of Dusun last month. 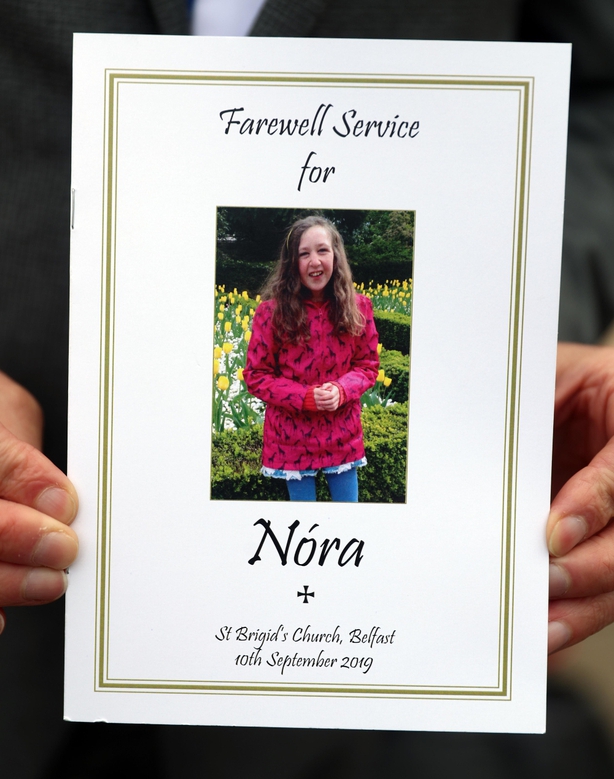 Nóra lived in London and was the daughter of French-Irish parents Sebastien and Meabh Quoirin.

The principal celebrant for the funeral ceremony was St Brigid's parish priest Fr Edward O'Donnell. He was joined by Fr Pat Kelly, who is Nóra's grand uncle.

Fr O'Donnell reflected on her baptism as he told mourners of the joy Nóra had brought to her family in her short life and described her as "gentle and innocent".

"Nóra was very special, she brought so much joy to Meabh and Sebastien, to her sister and her brother, and to those of the wider family circle," he said.

"She, as we all know, depended greatly on others but, Nóra in turn, gifted others with immeasurable love and joy; before such an ability we can only feel gratitude.

"Today we return to St Brigid's united in the unspeakable pain of Nóra's tragic death, united too in wordless sympathy for Nóra's family.

"We who grieve for Nóra hold her memory in love believing that all the bonds of love and affection which bind us together throughout our lives do not unravel with death."

Nóra, who was born with the brain defect holoprosencephaly, disappeared on 4 August.

Her family said she was fun, extremely loving and loved to tell silly jokes and wear clever, colourful t-shirts.

They described her as very sensitive and very proud that she could speak both French and English, although her verbal communication was limited.

Her family had arrived at the Dusun resort the day before Nóra went missing.