Around 40 previously unknown monuments have been identified in Brú na Bóinne close to Newgrange in the recent weeks as a result of an '"exceptionally successful" survey.

Dr Steve Davis of UCD's School of Archaeology said the monuments appear to range from what are most likely "early Neolithic houses to Neolithic timber enclosures, as well as Bronze Age burial monuments and some early medieval farmsteads".

The area surveyed included locations both sides of the Boyne, within the bend of the Boyne and across from the prehistoric tombs at Newgrange, Knowth and Dowth.

Dr Davis, who has worked for over a decade on the Brú na Bóinne landscape, said the surveys were carried out as part of collaborative research between UCD School of Archaeology and the Romano-Germanic Commission, Frankfurt.

The research is part of the 'Boyne to Brodgar' project, which is examining connections between Neolithic sites in the Boyne Valley and the Orkney Islands.

The surveys to date have been funded by the German government.

Dr Davis also confirmed that an earlier survey in 2017 revealed what he described as a "spectacular" monument aligned with the Winter Solstice sunrise in a field metres from the Newgrange passage tomb.

Dr Davis believes that it probably developed over several phases and comprised a large, rectangular arrangement of wooden posts, which enclosed a timber or stone passage, which were themselves enclosed by several rings of smaller timber posts.

He believes that while it is unlikely to have been a tomb, it has significant tomb-like features and is of earlier period than Newgrange and is "a key monument that is the largest and most complicated of its type in the world".

Dr Davis said all of the surveys involved the use of "21st century archaeological technologies, including satellite-based remote sensing, drones, airborne laser scanning and geophysics".

He added: "These methods have in the last few years changed our understanding of the Brú na Bóinne landscape beyond all recognition."

Professor Eszter Bánffy, director of the Romano-Germanic Commission, and her colleague Dr Knut Rassmann, have provided the infrastructure to survey hundreds of hectares of land in the core and buffer areas of Brú na Boinne for the project.

Their team used a large-scale geophysical imaging machine, which was originally designed to locate unexploded ordnance in the ground, to look for buried remains and can survey up to 25 hectares a day.

Dr Rassman said the team was testing a special radar satellite in co-operation with the German Aerospace Centre, which gave the team "windows in the Boyne Valley so we have hundreds of photos and radar images, which allow us to have an unprecedented overview of the landscape".

The surveys have only been possible with the consent of the National Monuments Service and support of the landowners as the vast majority are not on State-owned land.

Prof Bánffy said they want to find out if the southern side of the Boyne is as interesting as the northern side and, "the first very, very preliminary results are exciting and there are features that need further investigation".

This year’s survey data is still being analysed and reported on.

Dr Davis said: "There are still significant gaps, most notably in our understanding of settlement, but we are continuing to work to understand these."

He said the results of this year's surveys "build on the exceptional summer last year in Brú na Bóinne and continue to demonstrate what a globally significant archaeological landscape we have in Brú na Bóinne".

By the time the Boyne to Brodgar project, which began five years ago, is complete, more than five square kilometres will have been surveyed.

Last year, more than 70 potential new monuments were reported to the National Monuments Service from June to August, including a large henge below Newgrange. 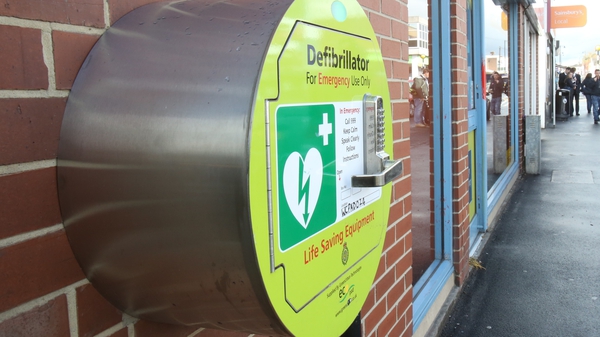