The founder of Irish clothing chain Penneys, Arthur Ryan, has died at the age of 83 after a short illness.

Mr Ryan had served as the CEO and chairman of the brand, which expanded internationally under the name Primark.

The current CEO, Paul Marchant, said the company is "greatly saddened" by the passing of Mr Ryan.

"On behalf of everyone at Primark, we want to extend our deepest sympathies to his wife Alma and his family at this difficult time," he said.

The first Penneys opened on Dublin's Mary Street in 1969. The first store was founded by Arthur Ryan on behalf of the Weston family.

The brand, which sold clothing at more affordable prices than other fashion stores at the time, quickly grew, and Primark expanded into the UK in the 1970s.

The company now boasts more than 370 stores across Europe and the US.

Mr Marchant paid tribute to the businessman, saying he was a "gifted retailer and visionary leader".

"I was fortunate to work closely with him and experience first-hand his sharp mind and innovative thinking. Over the years we developed a very strong friendship, which I will always value and cherish.

"The company's directors and employees, as well as those that worked with him over the years are deeply saddened by his loss." 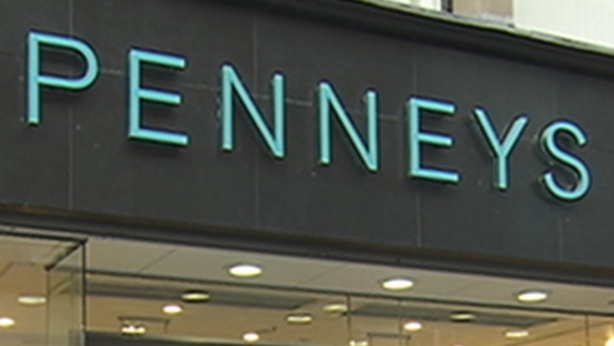 "Arthur Ryan was a retail pioneer and a man of remarkable business acumen. At Primark, we feel very fortunate to have experienced up close his drive and passion for the business as well as his integrity, warmth and wonderful sense of humour. He was very generous in so many ways. He devoted a lot of his time to advise and connect people and he quietly supported people in the background in times of need.

"Despite his many talents and successes in life, Arthur always modelled great humility. He said that we should 'remember who we are, challenge ourselves to be the best we can be, push the boundaries all the time and never be complacent or satisfied'.

"His words remain guiding principles at Primark today. Throughout his entire career he remained strongly connected to the customer and regularly visited the stores and walked the shop floors. Equally, he placed great importance on talent development and influenced so many careers, which remains instilled in Primark's culture today. Arthur Ryan's legacy will continue to live on in the business that he founded and built. He will be hugely missed by his Primark family."

"We will all greatly miss his larger than life presence, his sharp wit and his friendship.

"Arthur Ryan will be remembered as one of the great giants of retailing. When my grandfather, Garfield Weston and uncle Galen Weston recruited Arthur to run Penneys in 1969 with only one store in Dublin, they knew they were hiring an exceptional trader.

"But what three generations of Westons learnt over the following decades was that Arthur was also a great leader and business builder, driven every day by a relentless desire to delight his customers," he said.

"Arthur Ryan made fashion accessible to all and his legacy looms large. He built a phenomenal world-class retailer, the foundations of which will always belong to Ireland."