Events are being held around the world to celebrate World Down Syndrome Day.

WDSD is celebrated each 21 March to signify the uniqueness of the triplication (trisomy) of the 21st chromosome which causes Down syndrome.

Down Syndrome Ireland is launching a booklet and video which challenge outdated ideas about Down syndrome.

The charity said the new resources will provide an insight into the realities of family life with a baby, child, teenager or adult with Down syndrome in Ireland today.

DSI President Mary Doherty said: "As many parents of children with Down syndrome know, there is an abundance of medical information about the condition but not a lot which provides real insight into the realities of having a child with Down syndrome, and we wanted to change that."

Galway musician and teacher Seanie Vaughan is seeking to raise awareness of a parent's journey of dealing with a diagnosis of Down syndrome for their child.

Seanie and his wife Lorraine were told their baby son Louis had Down syndrome when he was two-and-a-half weeks old. 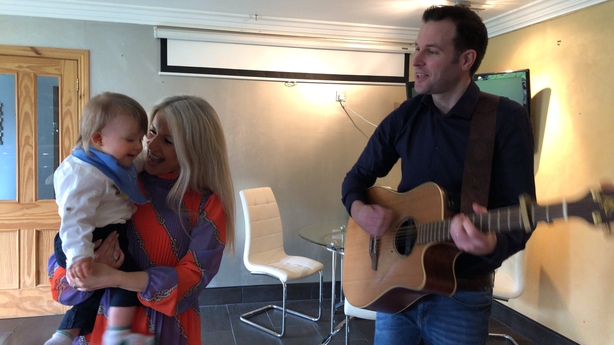 Seanie's new single 'I Can and I Will', is about how they dealt with the diagnosis and came to realise all the positives that are involved.

"It was an easy song to write because I began to think of Louis and what he can achieve and what he will do. there's a world of possibilities there for Louis and for anyone with Down syndrome."

All proceeds from the song and three upcoming gigs in Dublin, Drogheda and Galway will be donated to Down Syndrome Ireland.

Down Syndrome Ireland CEO Gary Owens said we need to change our attitudes towards children with Down syndrome and recognise that while it is a different journey, it is a positive journey.

Speaking on RTÉ's Morning Ireland, he said that early intervention in areas of speech and language and occupational therapy help children with Down syndrome move into mainstream education and employment, and DSI is involved with providing many of those services as well as adult education programmes.

Election 2020: Views from the park run

Top tips for 'sleighing' your waste this Christmas